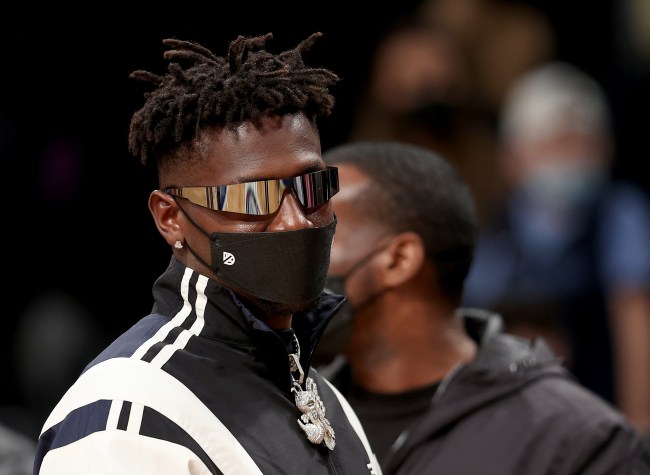 It has already been 3 days since Antonio Brown melted down in the middle of the Tampa Bay Buccaneers’ win over the New York Jets. However, he remains on the roster for the Bucs.

The Bucs again dud not make any roster moves with Antonio Brown today. His situation remains unchanged for now.

Brown’s continued presence is contrary to everything we’ve heard from the Bucs with Bruce Arians making it clear that Antonio Brown was no longer a Tampa Bay Buccaneer.

Unsurprisingly, the fact that Brown is still on the roster has people all over the internet speculating about what is happening in Tampa and it has inspired a few theories.

They’re not cutting him lol he’ll be on the field the second they need him in the playoffs.

He'll be back with them for the playoffs.

so they’re just playing keepaway from other teams. Powerful statement from the Bucs.

Then there’s my personal favorite theory.

Kirk Cousins made sure to tell us today how important Sunday’s game against the Bears is. Little did we know it would have such major ramifications around the league.

Whatever the actual reason is that the Tampa Bay Buccaneers still haven’t cut him, this story is far from over and the idea that Antonio Brown could play again this year will keep him in the headlines for the rest of the season.