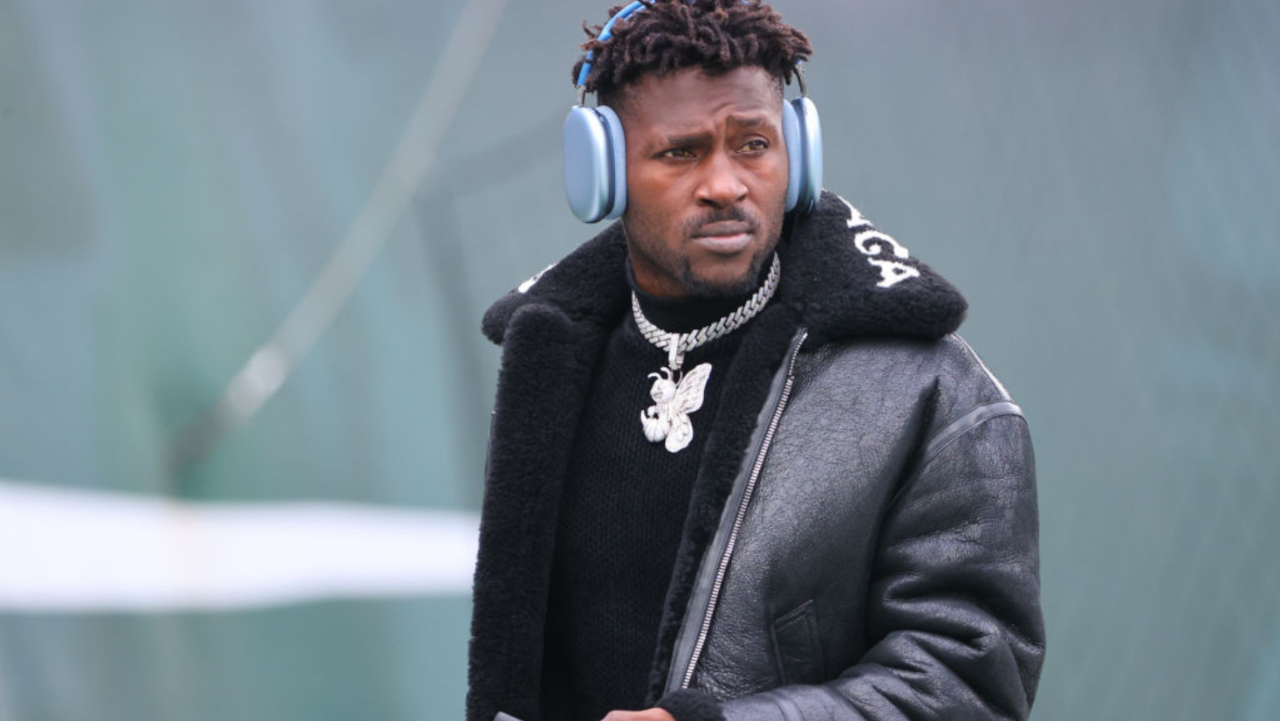 Antonio Brown got grilled on why he’s decided to troll Tom Brady amid his divorce.

Throughout the NFL season, Brown has gone out of his way to troll his former teammate during the toughest time of his career.

Earlier this week, many felt Brown had crossed the line by selling a shirt featuring him and Gisele Bundchen hugging, with the proceeds of the shirt going to support “America’s Fatherless Children.”

Brown sat down with Patrick Bet-David for a podcast appearance and was confronted about the insults he’s made against Brady.

Brown tried to defend himself but just sounded silly in doing so.

“I’m not smashing his girl, what do you mean? It’s a T-shirt that raised money from a real moment that happened. How is this a reach?

“People go through a divorce every day. What about me? What about when I’m in the news and people say I’m crazy? It’s just a picture from the Super Bowl.

“His divorce is his personal life, I ain’t got nothing to do with that bro. A lot of the things I’ve said tonight you guys are never going to understand. How am I going to make you understand if I’m telling you what I think and you can sort out what I think? Just so you can marginalize what’s respect and what’s not?”

Antonio Brown on taking shots at former teammate Tom Brady: "It is what it is."

"What about me? when I'm on the news for.. I'm crazy."@patrickbetdavid sat down with @AB84 for the interview: "You played with this guy, he had your back, what happened between you guys?" pic.twitter.com/4EX6GZqort

The fact that AB sees nothing wrong with any of this tells you everything you need to know about him & his character. There is no bottom.
It's probably time to stop giving him oxygen. https://t.co/kfu70LbIzs