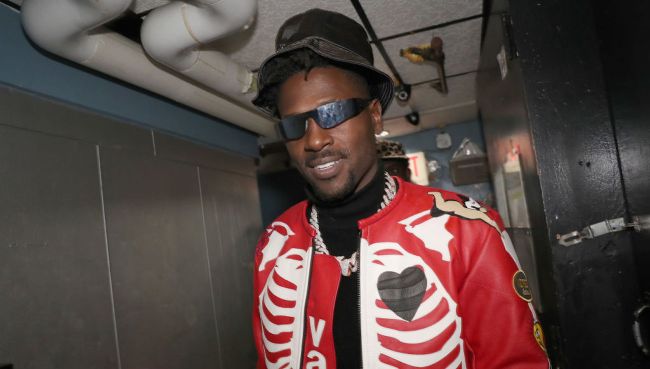 During a recent interview on the I AM ATHLETE podcast with former Pro Bowl wide receiver Brandon Marshall, former defensive end Jared Odrick, and ex-NBA star Nick Young, Antonio Brown directly addressed a topic that’s been of much discussion in recent weeks: his mental health.

Given his history over the last few years, both fans and professionals alike have questioned whether or not Brown is dealing with mental health issues. There have even been discussions that he’s dealing with CTE, which cannot be officially detected without studying the individual’s brain following their passing.

Brown, however, does not think this is the case, saying during the interview:

The questions surrounding Brown’s mental health have only been amplified following his recent outburst against the New York Jets, which saw the former Pro Bowler and Super Bowl champion take off his jersey and pads before storming off the field. Brown was subsequently cut from the Bucs with just one game left in the regular season.

Despite not having Brown (or wide receiver Chris Godwin, who’s out for the rest of the season with a torn ACL), the Bucs were able to cruise past the Philadelphia Eagles in the Wild Card round of the playoffs by a score of 31-15.

Tom Brady and the defending Super Bowl champions will continue the defense of their title when they host Matthew Stafford and the Los Angeles Rams on Sunday, January 23 at 3 p.m. EST. Elsewhere in the NFC, Aaron Rodgers and the top-seeded Green Bay Packers will be hosting Jimmy G and the San Francisco 49ers, fresh off of their upset of the Dallas Cowboys, at Lambeau Field on Saturday, January 22 at 8:15 p.m. EST.