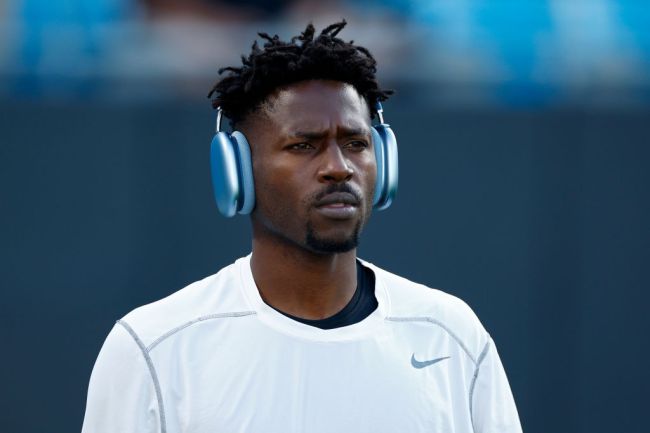 Antonio Brown played in his first game back after getting suspended for turning in a fake vaccine card to the league, but he clearly did not want to talk about it with the media.

When ESPN reporter Jenna Laine tried to ask Brown about his coach having back during the suspension, the Bucs wide receiver flipped out and began yelling “next question.”

Later in his postgame press conference, Brown went on to blast the media for creating drama.

Update: Jenna Laine has responded to Brown’s tirade at the press conference.

I certainly meant no disrespect to @AB84 by asking him what it meant that Bruce Arians stood in his corner after what some would have considered a "screw up." He's allowed to answer how he feels. That's his right. But I can assure you, I care about honesty — not "drama."