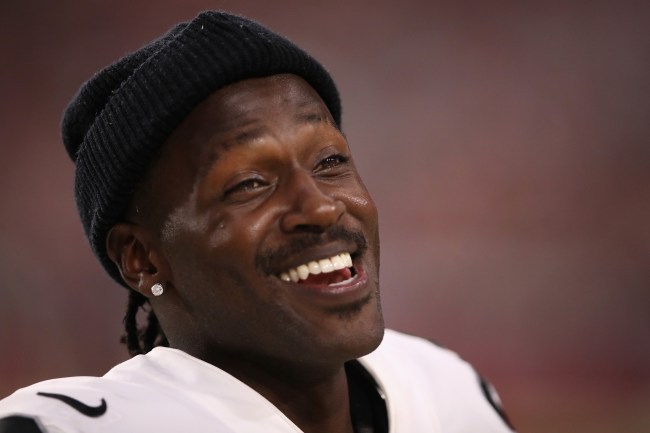 Maybe Antonio Brown isn’t so crazy after all.

Late last week, Brown was involved in a series of bizarre events that led to the Oakland Raiders voiding $30 million in guaranteed money and releasing him.

Antonio Brown called his boss a cracker and recorded a phone call with his coach and posted a video. The raiders fined him and took his guaranteed money. He’s asking to be released. https://t.co/7CJt8z7Aas

So let's check it. Antonio Brown has:

According to a report by ESPN’s Chris Mortenson, Brown sought advice from social media consultants for ideas on how he could accelerate his release from the Raiders.

Antonio Brown sought advice from social media consultants on how he could accelerate his release from the Raiders, accoring to @mortreport. pic.twitter.com/lXBQmxOB4Z

Brown also sought out advice from social media consultants for ideas on how he accelerate his release with Raiders. The first blow was posting the letter from Mike Mayock informing him of fines that included “conduct detriment,” which led to the next day confrontation

Mort went on to say that there was a “robust” market for AB and that the wide receiver probably knew that before asking to be released.

Agent Drew Rosenhaus says there was a “robust” market for Antonio Brown once Raiders released. A few teams confirmed “interest” or “consideration” only to get a sense Saturday morning the Brown and Patriots were a “fait accompli”

Among those teams were the Browns and Seahawks, whose QB @DangeRussWilson enjoyed working with @AB84 when they were with respective teams. Common theme: Steelers. The Seahawks at Pittsburgh next week. Browns in same AFC North division

After Brown’s release, there were reports that several people around the league believe AB orchestrated his exit from Oakland but it’s still unclear how the NFL will handle the matter,

People I’ve talked to in the league think was intentional. He wanted out and go to NE. Not sure I’m buying it

I just got a text from someone I trust in the league and they believe this was all coordinated. That at some point AB got word that Pats would sign him if he ever got released.

I got the text immediately and it wasn’t someone random lol. They think it is real fishy. Don’t be shocked it Raiders ask League to look into it.