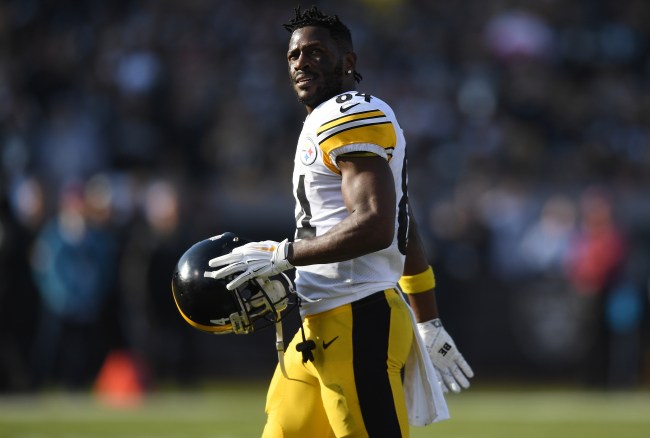 Brown immediately called the trade fake news and we would later learn that Brown himself killed the trade by refusing to play for the Bills.

Antonio Brown is calling his trade to the Bills “fake news” pic.twitter.com/i95KYmZ8dr

Brown was unwilling to go to Buffalo, period. Wasnt even a matter of money at that point. So the deal fell through. Steelers and Bills had stopped talking and both sides had moved on. Market for Brown is pretty bleak right now

According to Albert Breer of TheMMQB, the Bills weren’t willing to convince Brown to play for them.

How the Bills’ talks went down help to illustrate that. Buffalo first inquired about Brown on Tuesday, and talks went in a positive direction between the two teams from there. Positive enough, in fact, that the Bills got permission to discuss the deal with Brown’s agent, Drew Rosenhaus.

By early Friday morning, things had come undone. How? Two things had to come together for a deal to be done: the trade comp had to be agreed to—and I’m told the sides were in the ballpark on that—and the team acquiring the player has to make sure everything’s right with the player (a process that would eventually, for example, include a physical), and it wasn’t.

The Bills could have offered Brown more than Odell Beckham Jr. is getting in New York, as the NFL’s most richly compensated receiver, and maybe that would’ve convinced Brown to play there. They didn’t offer that, and the deal is now dead.

Well accepted that Antonio Brown would like his contract tweaked/new money. According to folks apprised of talks #Bills had w/ #Steelers, Buffalo never got far enough to discuss what those $ demands would be. No one making a trade w/out knowing what it will take to get AB to show

Brown sure isn’t making it easy for the Steelers to trade him.

Antonio Brown has only three options:
1) Play for the Steelers
2) Play for whichever team he is traded to
3) Sit out the year and forego his salary.
The #Steelers have not given him the power to dictate where he goes. And remember: the Steelers do not HAVE to do anything.