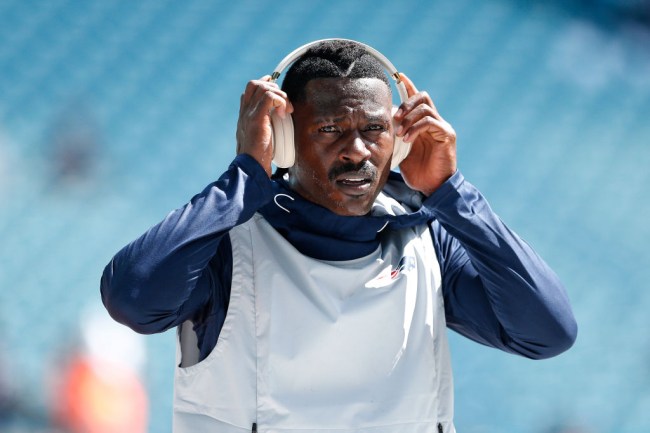 It’s safe to say Antonio Brown has had a rough couple of months ever since he showed up to Raiders training camp with severely frostbitten feet before deciding to throw a temper tantrum over his helmet on his way to doing everything in his power to get Oakland to release him before finally having his wish granted.

It appeared the wide receiver was ready to get off to a fresh start when he was signed by the Patriots but things quickly fell apart after he was accused of sexually assaulting his former trainer on multiple occasions before a second woman stepped forward only to be greeted with threatening text messages from Brown, who was unceremoniously released by New England on Friday.

Brown has spent the past few days making poor decisions on social media, and now, it appears some other poor decisions he’s (allegedly) made are coming back to bite him in the ass.

Given how much has transpired recently, you can be forgiven if you forgot about a story that surfaced last October in which Brown and some of his associates were accused of trashing a condo in Miami and almost killing a toddler after someone had the brilliant idea to throw some furniture off of the balcony 14 stories above the ground.

Now, Brown’s terrible week has gotten even worse now that a judge has ordered him to appear for a deposition on Tuesday in relation to the case (the lawsuit in question only concerns the damage done to the condo—the whole “almost killing a kid” thing is another matter entirely).

The deposition had previously been scheduled for May 22, 2019, but AB sought a protective order, which was was denied in late August. At that point, AB’s attorney, citing the player’s “crazy schedule”, sought to delay the deposition, leading to a contempt motion and the order.

When it rains, it pours, and based on the look of things, Brown is directly in the path of a typhoon.