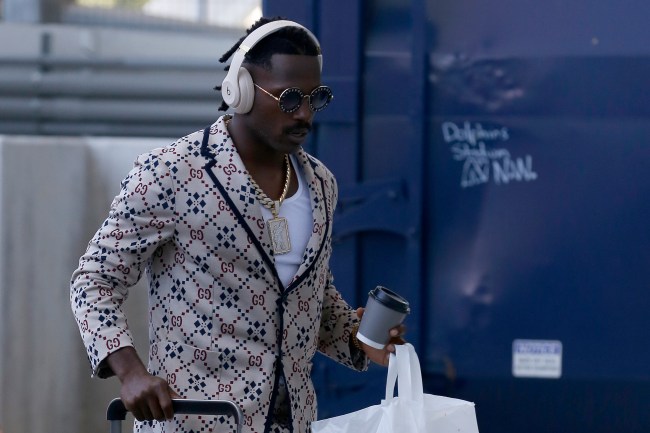 Unemployed wide receiver Antonio Brown has a lot of time on his hands these days during his forced hiatus from the league.

Brown, whose future in the NFL is unclear has kept busy by recording a rap album called “No More White Woman 2020” which is planned to get released some time this year.

On Sunday night, AB released the music video for his first single “Whole lotta money” and it’s pretty wild as you would expect.

While AB has been dropping music he’s also been spending his time trolling his former teams that have been eliminated from the playoffs.

We’ll see how AB’s music career pans out considering he’s going to be out of the league for a while.