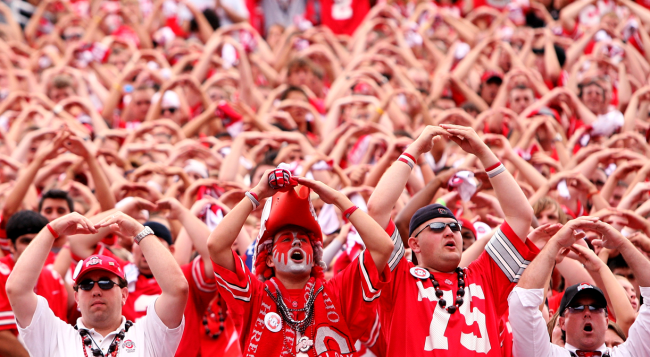 The first AP Top 25 poll has been released for the 2022 college football season and fans are going nuts over some of the rankings.

With less than two weeks left until the first game of the season, the Preseason AP Top 25 has got… wait for it… the Alabama Crimson Tide at the top.

This is the fifth time over the past seven years that Alabama has grabbed the number one ranking heading into the college football season. It is also the seventh time in 15 years the Tide has been ranked number one going into the season under coach Nick Saban.

Taking the number two ranking in the poll is THE Ohio State University. The Buckeyes snagged six of the remaining first place votes.

Defending national champion Georgia, with returning quarterback Stetson Bennett IV, sits at third in the poll with the three remaining first place votes, while Clemson and Notre Dame round out the top five.

The Preseason AP Top 25, as it always does, has caused a stir among college football fans

The Southeastern Conference, for the fourth year in a row, has three teams in the top six. The SEC also has the most teams in the Top 25 with six.

The ACC has five teams, the Big Ten has four, the Big 12 and Pac 12 each have three teams, and the American Conference has two. Two teams in the Top 25 are independent.

• LSU is unranked to start the season for the first time since 2000.

• Florida and Florida State both beginning the season unranked – something that hasn’t happened since 1974.

• Kentucky is ranked in the Preseason AP Top 25 for the first time since 1978.

• This is the 34th straight season that Ohio State has began the season ranked.

As is the case every year when the first AP Top 25 poll is released, college football fans had no shortage of opinions on how the sports writers and broadcasters voted.

Pittsburgh shouldn’t be ranked. Their program is going to struggle to put up points with no Kenny Mahomes Manning as Narduzzi calls him

BYU is a little underrated to me. Should probably be 20. Excited for the season though! Got some big opponents in Notre Dame, Oregon, Baylor, and Arkansas in the top 25 preseason poll. It’s gonna be fun!! pic.twitter.com/GC51SyzpX2

The greatest 3-9 team of all time has received a vote in the #APTop25. pic.twitter.com/TDjKUwCNcA

Mostly though, fans were just here to bag on Texas.

Where is Texas? I’ve been informed that they are back.

Texas being unranked is the biggest win of all

Trying to find Texas in the AP top 25 @ShelbyRoseTV pic.twitter.com/uwgZaDaAV1