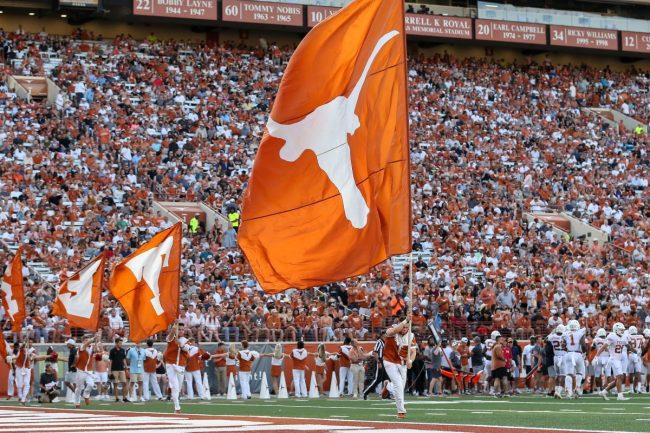 The initial preseason Coaches’ Poll has officially been released and there seems to be one person that’s high on Texas. Or maybe just high.

The Longhorns were one of four teams in the nation to receive a first-place vote.

The other three recipients are viable national championship contenders. Alabama led the way by landing 54 of the 66 total first place votes. Defending champ Georgia was runner-up with six No. 1 votes, followed by Ohio State at five.

Then, there was Texas.

The Longhorns went just 5-7 last season, losing six of their final seven matchups. They enter this year with hope due to transfer quarterback Quinn Ewers, as well as a second season under head coach Steve Sarkisian’s leadership, but that doesn’t seem like enough to boost the program into title contention.

They will have a hard enough time winning their conference, let alone making the College Football Playoff. Even with the No. 1 vote, the Longhorns wound up ranked No. 18 in this preseason poll, trailing three Big XII rivals.

As expected, fans and media quickly chimed in on Texas’s Coaches’ Poll vote. Many love to hate the Longhorns, and most did just that. Take a look at the immediate response.

Teams to receive a first place vote in the USA Today Coaches Poll:

Sarkisian is actually not among the 66 voters, which makes finding the coach responsible that much more intriguing.

Texas got a first-place vote in the Coaches Poll.

You can't make this up.

Can we talk about the elephant in the room?

Someone voted Texas #1 in the coaches poll…

We won’t find out who that voter was until after the season has wrapped up.

This coach will either look like a genius or a buffoon come season’s end. Most of the country is leaning towards the latter.