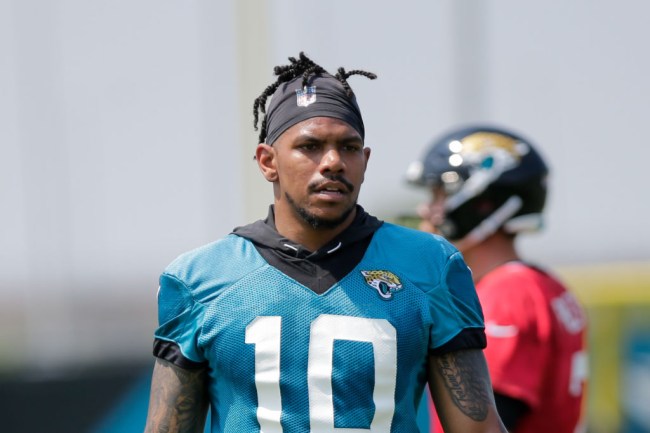 Former Ohio State standout and NFL wide receiver Terrelle Pryor was stabbed in Pittsburgh at the end of November. He was reportedly in critical condition after being stabbed in the chest and shoulder.

Since the incident more details, mostly alleged ones, have come out about the incident with the latest being that the apartment complex where Pryor’s girlfriend, Shalaya Briston, allegedly stabbed him is looking to evict the two.

The apartment, Heinz Lofts, has reportedly filed court documents saying that they ‘violated rules and regulations’ of their rental agreements according to KDKA Pittsburgh.

The documents did not specify which rules were broken and show that the apartment is seeking $2,200 in unpaid rent and attorney’s fees.

Police say Pryor was stabbed by Briston after an argument on Nov. 30 at the Heinz Lofts apartment complex. Pryor and Briston lived at the apartment together.

Pryor and Briston repeatedly got into verbal arguments before the alleged incident, and Pryor left Briston and two other women to go back to the apartment when they went to a nightclub. When the three including Briston returned to the apartment, the women told police that Pryor “grabbed…Briston and began arguing with her.”

Pryor is charged with simple assault, and Briston is being charged with criminal attempt homicide and aggravated assault.

In the following weeks after the incident, TMZ reported with attorney Stephen Colafella that after they took him to the hospital, they “shoved” him out of the car onto the sidewalk and attempted to flee.”

According to the Post-Gazette, police reported that witnesses described their relationship as “volatile” and that Pryor was “always putting his hands on her.”

The 24-year-old Briston is set to be released from prison and put on house arrest where she will reportedly stay with her mother, wear an ankle monitor and won’t be allowed to leave the home for anything but court.