An Arbitrator Ruled Against Antonio Brown’s Grievance To Wear Old Helmet, Brown Must Now Decided Whether On Not To Go Through With Retirement Threat 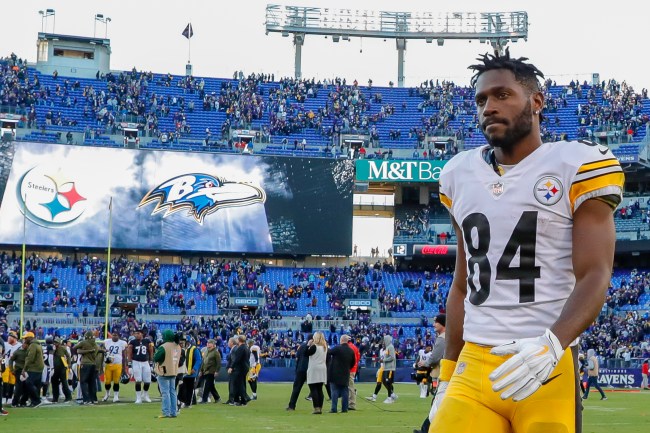 After a week of controversy, Antonio Brown now has a decision to make.

Last week, Brown filed a grievance against the NFL so he could wear his old helmet that is now non-compliant to the league’s new helmet rule policy.

Brown went as far as to threaten retirement if he was not allowed to wear his old helmet.

Today an arbitrator finally ruled on Brown’s helmet grievance and sided with the NFL in the case.

An arbitrator ruled against Raiders’ WR Antonio Brown’s grievance to wear his old helmet, per source.

Now Brown must decide if he’s willing to play football with a new helmet he desperately does not want to wear.

Update: Brown says he disagrees with the arbitrator’s decision but that he’ll be back on the field soon.