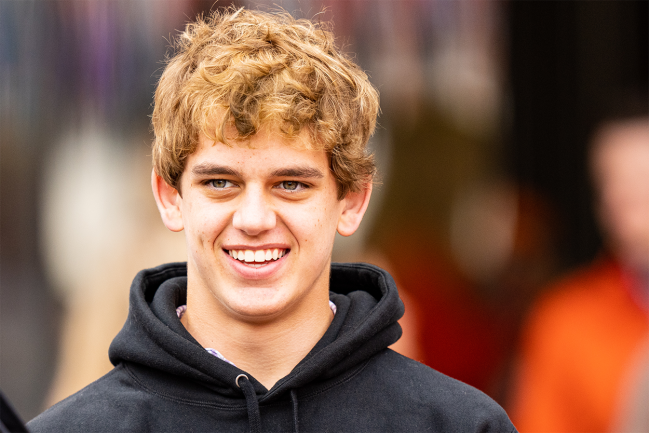 Arch Manning’s recruitment is heating up. The nation’s No. 1-ranked college football recruit is just a few months from beginning his senior year of high school and is expected to make a decision before the fall season begins.

Technically, Manning has until as late as National Signing Day on February 1, 2023, but it would be surprising if it took him that long. To help him figure out where he wants to play his college ball, he is currently in the middle of an extensive official visit tour to his top-three schools: Texas, Alabama and Georgia.

However, he might want to consider switching sports all together.

Arch Manning might want to pursue a career in professional golf.

Apparently, he is very — very — good.

“I think he’s almost a scratch golfer and he doesn’t even golf,” said his high school coach Nelson Stewart earlier this year.  He’s such a great athlete and loves to compete.”

And his father, Cooper Manning, seconded that notion. He wishes that his son would play more often.

“I wish he played more golf,” Cooper said to DawgNation. “He’s a good golfer, but he doesn’t play enough. I like getting to do things with my kiddos. That’s another thing I like to do. I wish all of them played more. They like to golf, but not as much as I do quite yet.”

While on his visit to Austin over the weekend, Arch showed off his skills. He went to TopGolf as part of the trip and, much like Texas’ presumed QB1 Quinn Ewers, he absolutely smoked the ball.

Manning’s form was picture perfect and he sent a drive into orbit. His swing was smooth and effortless.

Think Arch might have #USOpen and Scottie Scheffler on his mind during his Texas official. #HookEm #AllGas23 @InsideTexas @On3Recruits (h/t duragmedia/IG) pic.twitter.com/OPEqDZK2ed