Arch Manning Jukes Defender Out Of His Shoes In Front Of Uncle Peyton, Allegedly Joins Twitter 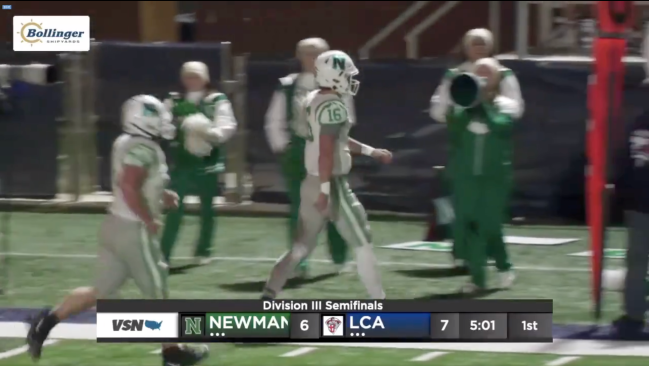 Arch Manning’s 2021 season has come to a close. Isidore Newman could not get anything going on either side of the ball against Lafayette Christian on Friday night and lost by 42 in the Louisiana State Playoffs Semifinal.

It was not for a lack of trying, however.

Manning, who is the No. 1 recruit in the Class of 2023, completed only six passes for 49 yards and ran for 15 yards and his team’s loan touchdown. The Greenies were simply out-played by a more complete team of better athletes in the loss.

The only touchdown for Newman came in the first quarter. Manning took the snap out of a pistol formation, tucked the ball for a moment, and then looked for the jump pass to his favorite target, Will Randle, over the middle.

Randle was jammed up by the secondary, so Manning took off through a hole inside the right tackle and saw daylight. He had only one man to beat.

To shake the crashing corner, Manning threw a nasty juke and cutback for six.

After LCA scores on their opening drive, Newman answers with a touchdown of their own-
Arch Manning shows the juke move and scores on the 6-yard run after the jump pass was defended 👀🔥
Still 1st quarter LCA now on top 21-7 pic.twitter.com/ZraHnoRG6P

Newman was unable to return to the end zone and lost 49-6. With the loss, Manning and the Greenies are eliminated from the playoffs and will not compete for a state title. Lafayette Christian will return to the championship with a chance to repeat.

In attendance at the game was not only Manning’s father Cooper, as always, but his uncle Peyton. 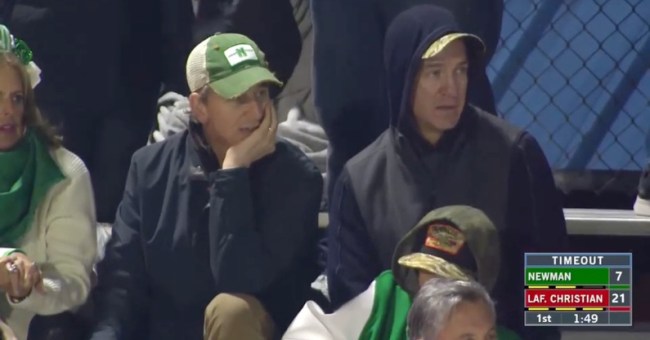 Manning finishes the season just short of 2,000 yards passing and 365 yards rushing. He threw for 26 touchdowns against three interceptions in 2021 and also ran for eight more.

More than likely, it is a fake account. Manning has never had social media and the timing for him to join Twitter is weird, considering that a video of him “committing” to Ole Miss went viral on the platform earlier in the day.

After the loss to LCA, Manning — or a person imitating Manning — had the following message:

Disappointing Season Ending Yet It’s Over And Well Learn And Make Adjustments Next Season. Officially On Twitter Now. 💯

He followed it up by commenting on “his” uncle Eli’s post about Peyton’s eating habits at the Thanksgiving table.

Since then, he has posted about “his” family with a photo from a Sports Illustrated feature in February, 2020.

He also made a statement about why “he” is on the internet that did not make any sense.

If it wasn’t for Football I wouldn’t be on the internet period …. 💯

Again, it is probably a fake account. All of the details don’t quite add up and the timing and voice of the account seems suspicious.

But, in the off chance that it is really Arch, this is your reminder — DO NOT TWEET AT ‘CROOTS!