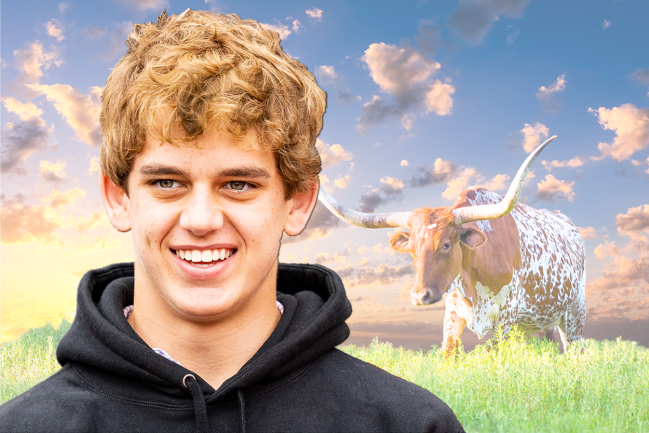 Arch Manning has made his decision. The first grandson of football is headed to play at Texas.

After months (and months, and months) of the most highly-scrutinized recruitment in recent history, if not ever, the No. 1 overall prospect in the Class of 2023 made his decision official on Thursday. However, as it would turn out, Manning playing for the Longhorns was imminent all along.

A video from 2016 has resurfaced on the internet and it is going to be played on every Texas broadcast for the next three/four/five years.

In the video, Arch and someone who appears to be his younger brother Heid are standing in the kitchen of the Manning house. They are both wearing college T-Shirts, which Heid hilariously jokes will have the ladies all over him while making an even funnier seductive gesture.

Arch is wearing a Texas shirt. As in, the Longhorns. As in, the school he committed to on Thursday.

After Heid makes his hilarious quip, a 12ish-year-old Arch doesn’t have much to say. But what he says should have made it clear where he would end up playing his college football.

Arch made it clear where he would be playing his college football six years ago and nobody chose to listen. It’s not even that the writing was on the wall— he flat out said it!

Now that he is headed to Texas, it will be interesting to see what that means in terms of playing time. Arch’s commitment raises some questions about Quinn Ewers and his uncle Eli may have hinted at when he will see the field.