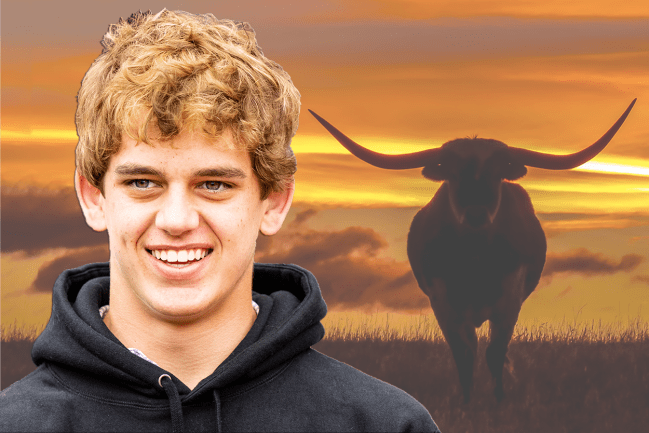 The most-highly scrutinized college football recruitment in recent history is over. Arch Manning has made a decision.

After a month of visits to his top-three schools, the No. 1 recruit in the class of 2023 officially committed to the University of Texas.

Committed to the University of Texas. #HookEm pic.twitter.com/jHYbjBaF5K

This announcement does not come as a huge surprise. Manning had reportedly leaned that way for quite some time, but was torn between the Longhorns and the Georgia Bulldogs. In the end, he chose to play in Austin over Athens.

By choosing to play for Steve Sarkisian at Texas, Arch Manning is the second No. 1 recruit to commit in back-to-back years, kind of.

Quinn Ewers, who was the No. 1 prospect in the Class of 2022, reclassified and enrolled at Ohio State with the Class of 2021. He then transferred back to his home state and is in a battle for the starting job at Texas for the fall.

As a result, Manning essentially agreed to sit for the first year of his college career. Assuming that Ewers is not a complete and total bust, he will be under center for the Longhorns this coming fall and next fall— at the very least. He has four years of eligibility remaining so, technically, Ewers could be there through 2025.

Manning, who is part of the 2023 class, will either get to campus next summer or enroll early this spring. Likely the former, especially considering that he does not have a clear opportunity to start right away unless Ewers crashes and burns.

Thus, by choosing Texas, he will likely redshirt as a freshman and sit for Year 1 (outside of the three games he is allowed to play without burning a redshirt), and quite possibly as a sophomore, unless Ewers goes pro after just two seasons in Austin. Manning knows that and is clearly okay with waiting his turn, which is unlike his uncles Eli and Peyton, who both started as freshmen.

Of course, the college football world reacted accordingly to Arch Manning’s commitment and Quinn Ewers’ presence on the roster.

In a perfect world, Quinn Ewers is the real deal the next two years for the Longhorns, and Arch Manning sits behind him a year.

Chances both Quinn Ewers and Arch Manning will still be on the Texas roster come 2023 season? pic.twitter.com/hW6iUb2Nvf

Vince Young, Quinn Ewers and Arch Manning, two of them in the same QB room together. https://t.co/aML2bW43Ad

Quinn Ewers and Arch Manning in the same QB room, which is being led by Steve Sarkisian and AJ Milwee.

Won’t go as far as saying they’re back, but Texas fans have a lot to be excited about. We’ll see where it leads.

Quinn Ewers when he sees why Arch Manning is trending pic.twitter.com/wHcbdbFGMN

Quinn Ewers when he saw that Arch Manning has committed to play football at Texaspic.twitter.com/rK1e0kvnF9

So is Quinn Ewers gone sit or what now? No way we expecting Arch Manning to be a backup for a couple years are we?

Is Texas actually back this time? Only time will tell…

In addition to the conversation around Quinn Ewers and Arch Manning’s ability to start at Texas, it also raises questions about Name, Image and Likeness. Quite a few Longhorns have cashed-in on some lucrative deals for their Name, Image and Likeness. Ewers is driving a custom Aston Martin and is reportedly worth more than $1 million, running back Bijon Robinson is driving a Lamborghini, and there are countless others.

Now that Manning is committed, will he start to sign deals of similar nature? He carries the most high-profile name in the country, so his opportunities will not be limited. It will be interesting to see when he inks his first deal, how many deals he signs, and how much they are worth.