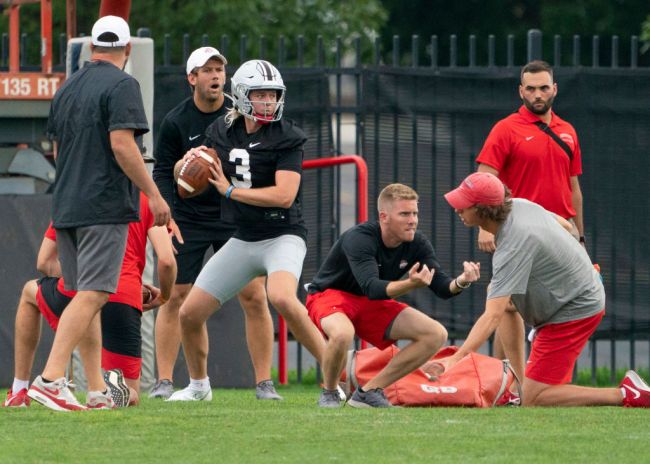 The Name, Image and Likeness arms race is already bonkers. Quinn Ewers, who only turned 18 in March, just signed a massive $1.4 million deal after skipping his senior year of high school and enrolling at Ohio State.

In case you are unfamiliar with NIL, here is the gist. On July 1, the NCAA allowed athletes to profit from their own person. That allows athletes to sell autographs and merchandise, as well as make endorsement deals with whatever companies they so choose.

A lot of collegiate athletes have already made big money.

None, however, have made more than Ewers. The No. 1 overall football prospect in the Class of 2022 was committed to Ohio State and chose to forgo his senior year of high school in Texas to enroll early in Columbus.

Ewers will not be the starter this season, but he arrived on campus less than a month ago and was immediately competing for the job. Now that he is slated to be a backup, the Buckeyes will likely choose to place a redshirt tag on their future signal-caller and save his eligibility for the future.

In the meantime, he’s making bank. He announced his first NIL deal in August with a Kombucha company and now he’s set to sign a lot of autographs.

In addition to becoming an overnight millionaire, the man with the bleached blonde mullet got himself a new truck. He signed with Columbus-area automotive dealership and picked up a tricked out Ford F-250 Tremor.

Ewers has pocketed three NIL deals in total but these are surely not to be his last. As his celebrity continues to grow in Columbus, his bank account will only continue to grow.