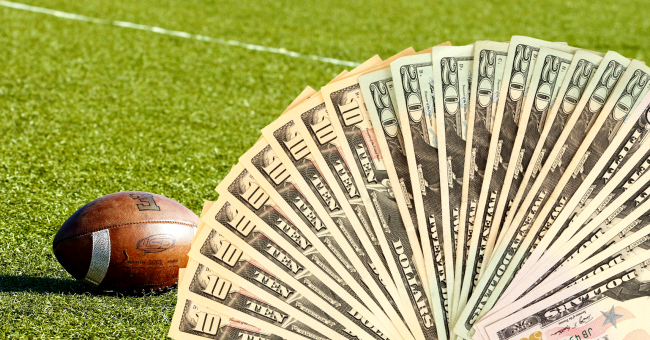 Here’s a side effect of letting college athletes cash in on their name, image and likeness (NIL). Quinn Ewers, ranked by many as the nation’s top high school quarterback, says he is strongly considering skipping his senior season so he can start raking in that NIL money immediately.

Ewers, 18, has already made a verbal commitment to play at Ohio State, but the number one overall Rivals.com recruit says he might just skip his senior season at Southlake Carroll High School.

With 83,000 Instagram followers – a number that will only grow – Ewers could earn nearly a million dollars over the next year off his name, image and likeness, reports Yahoo! Sports.

A local company called Holy Kombucha is among those offering a deal to Ewers, and it includes cash and equity in the company. There are several other offers, including national brands.

While this avenue of making money off NIL has become formally available to college athletes in the past month, it’s not allowed for high school athletes in Texas. The state’s University Interscholastic League informed the Ewers family in an email Monday that any attempt for Ewers to profit off his NIL would be in violation of Texas’ recent legislation regarding Name Image and Likeness.

Ewers and his parents would prefer that the high school quarterback be able to play his senior season and cash in on his NIL, but the state’s University Interscholastic League has told them it would be a violation.

“I don’t think we’re here to fight them or question the UIL, but we hold a different opinion, and we think our opinion is valid,” said Quinn’s dad Curtis. “We didn’t ask for this situation, but it’s upon us. It’s our reality. We don’t want Quinn to be a martyr here for everyone who comes behind him. But right now, we are guided by what’s the best for Quinn.”

“I don’t really know, I don’t have a final decision made quite yet,” said Ewers on Wednesday. “I’m leaning toward leaving and going up to Ohio, just so I don’t have to deal with UIL stuff and can get comfortable with Ohio and Columbus and start to learn.”

Quinn added, “If I enroll at Ohio State [now], obviously I’d be able to make money off the deals, and I feel like it’d be a big advantage of learning the playbook and getting comfortable with the campus and all my teammates. But if I stay and don’t get paid, I may be able to win a state title.”

Ewers is expected to make a decision about his high school football season this week.

His situation certainly makes one wonder what kind of wild money is already being thrown around for a high school quarterback with the skill and pedigree of someone like Arch Manning.