Are Dan Hooker And Michael Chandler Fighting To Impress Khabib Nurmagomedov At UFC 257? 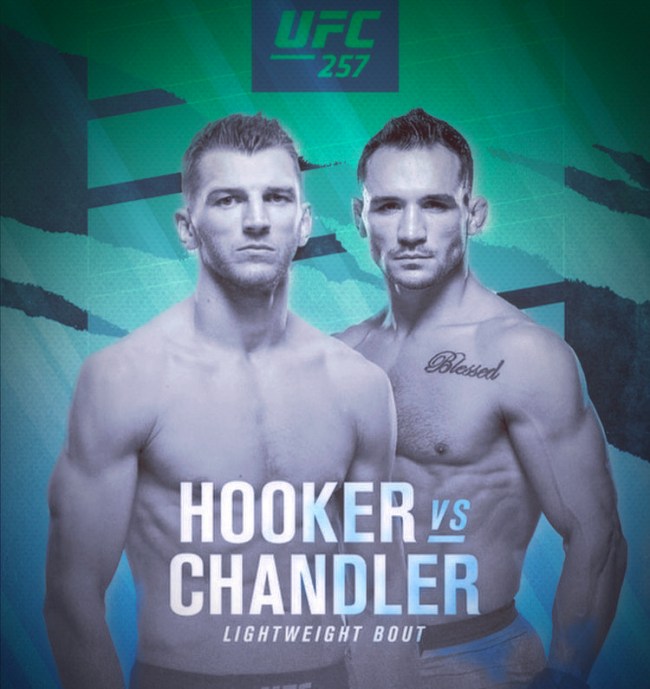 Presented in partnership with UFC 257 on ESPN+
No doubt the majority of the fight world will tune in to Saturday’s UFC 257 PPV on ESPN+ (January 23, 7 p.m. PST / 10 p.m. EST) to see “The Notorious” Conor McGregor take on Dustin “The Diamond” Poirier. It is the main event after all.

However, before McGregor and Poirier lock horns in the Octagon, another pair of lightweights, sixth ranked Dan “The Hangman” Hooker and UFC debutante “Iron” Michael Chandler, will throw hands for 15 minutes. It’s a huge fight in the UFC’s stacked and deep 155-pound division with major implications. And, after recently retired lightweight champion Khabib Nurmagomedov told UFC president Dana White that he’d consider taking one more fight if anyone on the UFC 257 card did “something spectacular,” the Hooker vs. Chandler co-main event suddenly has major stakes.

So, considering that Hooker and Chandler could both find themselves fighting for a UFC title sooner than later, it’s best we take a look at this matchup … right now.

Hooker may not be the most well-known lightweight in the UFC, but after breaking into the top-10 in late 2019, “The Hangman” delivered a pair of Fight of the Night performances in 2020, first winning a unanimous decision over Paul Felder, then dropping a decision to Dustin Poirier in an instant classic.

Both fights were five-round main events, helping propel Hooker’s name into the conversation of the divisional elite.

Tall and long for a lightweight, Hooker has an incredible style that is unique to the division. His size and height allows “The Hangman” to throw and land knees at will. Those knees are even more dangerous and devastating against his shorter lightweight foes, lining up with the opposition’s head. It’s a technique he’s used to finish fights on multiple occasions.

Using his natural gifts to his advantage, Hooker has gone from struggling featherweight (he entered the UFC in 2014 in the 145-pound division) to thriving lightweight after moving up a weight class in 2017. The results have led to a 7-2 mark at lightweight (10-5 overall in the UFC), including five fight-night bonuses.

Hooker is a perfect example of a fighter who does his best work when the lights shine the brightest, and his UFC 257 co-main event against Chandler is a huge opportunity.

In some ways, the positioning of this fight feels somewhat similar to a bout Hooker took in 2019, when he beat Al Iaquinta in the UFC 243 co-main event, which took place in front of a UFC record 57,127 fans. However, after Khabib’s recent announcement (or rather Dana White’s paraphrase of Khabib’s announcement), combined with its placement as the penultimate fight right before the Poirier vs. McGregor rematch, this fight at UFC 257, Hookee vs. Chandler feels that much bigger. Huge, in fact.

Standing opposite Hooker in the Octagon at UFC 257 will be Michael Chandler, a mixed martial arts veteran and former multiple time world champion with the Bellator organization. Making his UFC debut on a massive stage, Chandler is ready to seize the opportunity and make a statement.

Within hardcore MMA circles, Chandler is already a known commodity. A former Division-I All-American wrestler at the University of Missouri, Chandler has developed tremendous punching power and stand up skills since going pro in 2009.

Chandler, who signed with the UFC in 2020 and flew to Fight Island in October to serve as a backup fighter for the Khabib vs. Gaethje main event at UFC 254, is looking to make a major statement in his first fight, and the Hooker matchup gives him the opportunity to put his stamp on the UFC map.

With wins over former UFC champions Benson Henderson and Eddie Alvarez, Chandler is no stranger to competing on big stages. He’s fought at Madison Square Garden in New York and The Forum in Los Angeles, but nothing is quite like a big-time UFC bout on Fight Island.

With an overall MMA record of 21-5, including seven knockouts and six submissions, Chandler isn’t short on experience. In fact, when he signed with the UFC as a highly coveted free agent, Chandler stated that he made the move because he felt ready to become a champion at the highest level and compete against the best fighters in the world. He’ll get his shot at UFC 257.

Stylistically, this Hooker vs. Chandler co-main event is rather fascinating because both fighters have drastically different frames and styles. Whereas Hooker is a long and rangy striker who predicates most of his MMA game on Muay Thai, Chandler is a thick 5’8,” fire hydrant of a man who is a wrestler at heart, able to bully opponents around the cage.

Still, while Hooker is more of a standup fighter and Chandler is known more for his ground game, both fighters have diverse skill sets, with Hooker recording seven submissions during his pro MMA career and Chandler tallying nine knockouts, many of which are highlight reel worthy.

Following the news that Khabib may, in fact, return to active competition, every lightweight on the UFC 257 main card on ESPN+ is fine tuning their skills to put on an impressive showing on Pay Per View. And, while it may be in the UFC’s best interest to ultimately book Conor McGregor into a rematch against Nurmagomedov (the two fought in the UFC’s all-time highest selling PPV in 2018), Hooker and Chandler are prime candidates to earn a crack at the lightweight GOAT.

Chandler, in particular, makes an interesting case, not only stating that he believes that Khabib will come back in 2021, but also that his wrestling skills make him the biggest threat to unseat the champ.

Of course, that’s a very tough call to make given Khabib’s undefeated record and sheer dominance in the Octagon. However, given that Chandler and Khabib have never been in the UFC at the same time, save their brief overlap at UFC 254, when Chandler didn’t even fight after weighing in, there is a compelling case that these former world champions could put on a spectacular show.

Still, there is plenty of work to be done, and before Chandler or Hooker can earn a crack at Khabib, they’ll need to fight one another. And, following Khabib’s announcement, it’s likely that Chandler and Hooker will leave it all in the Octagon at UFC 257 and look for the finish at every opportunity.