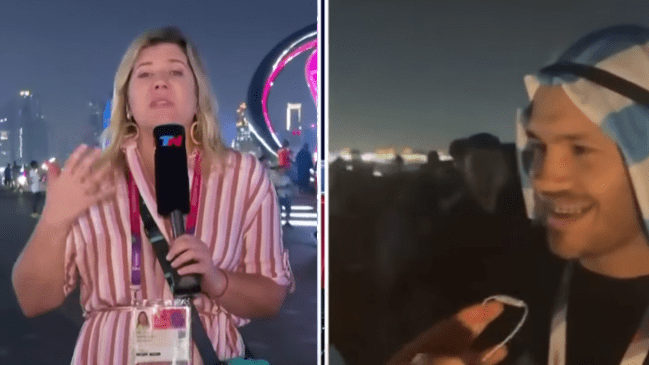 The 2022 World Cup officially kicked off over the weekend when Ecuador rained on Qatar’s parade by opening up the action with a 2-0 win over the host country’s national team, and if the start of the tournament is any indication, we’re going to be treated to plenty of drama on and off of the pitch by the time things wrap up.

This shouldn’t necessarily come as a surprise, as the event has been shrouded in controversy from the second FIFA announced Qatar had been chosen as the location all the way back in 2010. The backlash to the decision to bring the World Cup to a country governed by Islamic law and run by (for all intents and purposes) an authoritarian monarch has only been compounded by the well-documented human rights violations that occurred in the lead-up to the tourney, and the strict standards visitors are expected to abide by convinced plenty of people this year’s gathering could be a recipe for disaster.

While it hasn’t been an unmitigated debacle (at least so far), plenty of people have run into some major issues after arriving in Qatar. That includes a number of journalists who’ve attracted the ire of the authorities charged with keeping order, as one reporter was denied entry from Monday’s showdown between the USA and Wales over his shirt and another saw a live remote segment go off the rails after he was harassed by local officials.

Now, another member of the press has entered the chat thanks to Dominique Metzger, who was sent to cover the World Cup for Argentinian news outlet Todo Noticias.

According to The Evening Standard, Metzger was interviewing fans who’d gathered in the city of Doha ahead of the opener only to discover someone had managed to unzip her bag and steal the wallet she was using to carry “credit cards, money, and documents.”

Metzger discussed the situation with a colleague back at home and said she initially had some trouble getting assistance from law enforcement officials who declined to help her because of her gender.

While she was eventually able to meet with police officers who pledged to look at surveillance videos to try to identify the thief (the actual robbery wasn’t captured by the Todo Noticias camera), she admitted she was caught off-guard by how they handled things, saying:

“They told me, ‘What do you want justice to do about this? We will find the wallet… We have cameras everywhere, high-tech cameras and we will find the thief with face detection technology.

What do you want the justice system to do to them when they are found Do you want us to sentence him to five years in prison, to be deported?’ He asked me to make the decision.

I told them I just want my wallet back. I won’t be making the decision for the justice system.”

It’s safe to say the decision to hold the World Cup in Qatar is panning out about as well as expected.