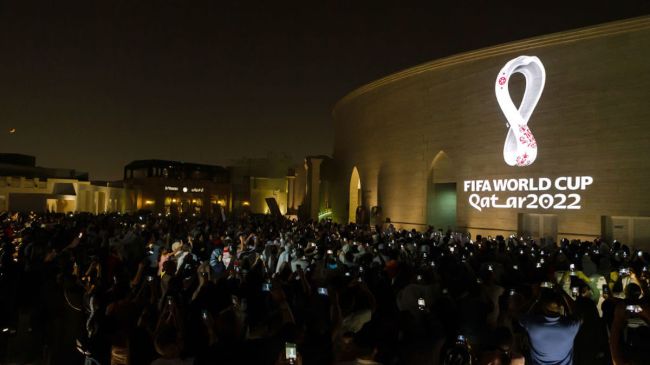 For whatever reason, it feels like the greater sporting world is actively being wilfully ignorant about the potential doom sitting on the horizon: the 2022 World Cup in Qatar.

Despite reports of thousands of workers dying to build the stadiums, photos of Fyre Fest-like facilities, and kit suppliers protesting the event due to the country’s alleged human rights abuses, the event is moving forward as planned and is now just six weeks from kicking off.

And while both sports fans and the powers that be may be ignoring the potential trouble, that’ll be impossible to due once international travelers begin to arrive in the country and push the boundaries of what is and is not legal in the infamously conservative country.

An insane infographic lists all the things that will be illegal at the Qatar World Cup, such as drinking alcohol, profanity, and homosexuality

Among the things listed — just below the painfully ironic phrase “Qatar welcomes you!” — that’s illegal in the country are: drinking alcohol, homosexuality, immodesty, profanity, not respecting places of worship, loud music and sounds, dating, and taking other people’s pictures.

Qatar's rules for people who will attend the World Cup 2022 in the country pic.twitter.com/vhjYoJPT1h

To those planning a voyage to Qatar, all we can say is good luck and be smart, as it doesn’t sound like the Qatar government is going to be providing internationals with any leeway when it comes to their ancient and oppresive laws.

The 2022 World Cup will begin on Sunday, November 20, and will conclude on Sunday, December 18. Perhaps most excitingly, the United States National Team is set to face off against England on Friday, November 25 — the day after Thanksgiving.