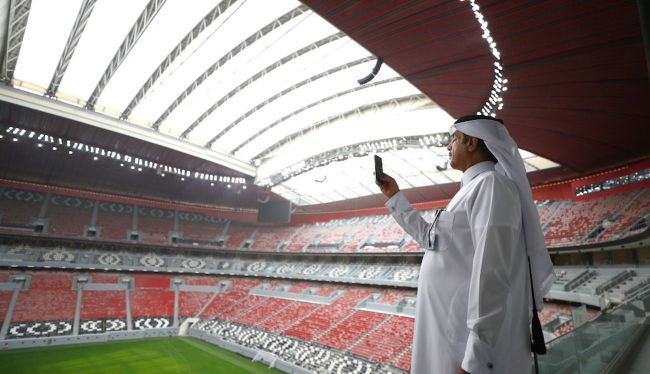 A new Amnesty International report, via The Independent, has detailed the alleged transgressions that occurred while the infrastructure for the 2022 World Cup in Qatar was being built and it paints quite the damning picture.

Among the findings were instances of pay discrimination, unsanitary living conditions, brutal hours in the heat, and being fined for making mistakes while on the job. These Amnesty International findings come about a year after The Guardian reported that 6,500 migrant workers have died since the tournament was awarded to Qatar.

-Pay discrimination on the basis of nationality, race and language

-A high majority of security guards working 12 hours a day, with no days off, for months and even years on end

-Huge fines for mistakes at work

-Forced work outside without shelter in searing heat

-All eight of the private security companies “failed to meet their responsibility to respect human rights under international standards and have breached various provisions of Qatar law.

With the 2022 World Cup still over half a year away, scrutiny of the tournament and the conditions under which it was set up will likely only increase.

The 2022 World Cup is scheduled to begin on November 21 and end on December 18. The United States Men’s National Team, who famously failed to qualify for the previous World Cup back in 2018, have been drawn into the same group as England and will face off against the “Three Lions” the day after Thanksgiving on Black Friday.

RELATED: Soccer Fans React To The Introduction Of La’eeb, The Official Mascot Of The 2022 World Cup