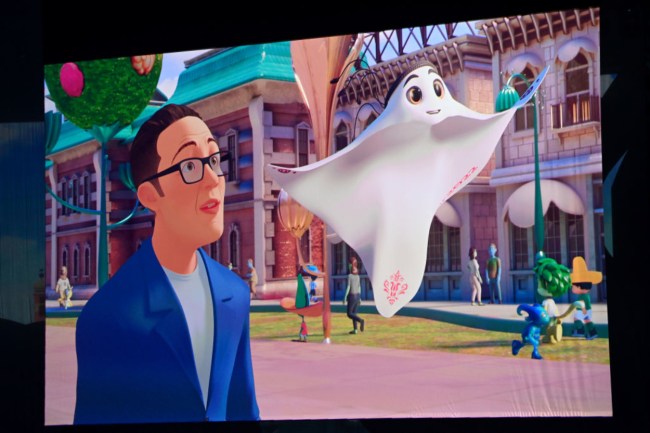 To kick off the 2022 World Cup Draw, FIFA introduced the official mascot for the tournament in Qatar, and he goes by the name of La’eeb.

La’eeb, which is an Arabic word meaning super-skilled player, came to life to give viewers a rundown of the history of the World Cup and what to expect during the World Cup in Qatar. It also didn’t take La’eeb very long to take things into some sort of version of the metaverse during its introduction.

According to FIFA, La’eeb “will play a vital role” to engage fans around the world.

“La’eeb is an Arabic word meaning super-skilled player. He belongs to a parallel mascot-verse that is indescribable – everyone is invited to interpret what it looks like. La’eeb encourages everyone to believe in themselves as ‘Now is All’. He will bring the joy of football to everyone.”

Here’s a look at some of the best reactions from soccer fans after La’eeb was introduced to the world:

thought it was Casper for a second 😂 https://t.co/JwfQVcNpLA

I would die for La’eeb https://t.co/5CF5dJTWiW

I fell to my knees when they took us to the metaverse
😭😭😭 https://t.co/N5IfwtqOc6

La'eeb is cute as hell and also sent me into an existential crisis https://t.co/6VLTcQVBQY

If you need 4 minutes to explain a mascot, you have failed to create a mascot. https://t.co/fyWNPlzEtH