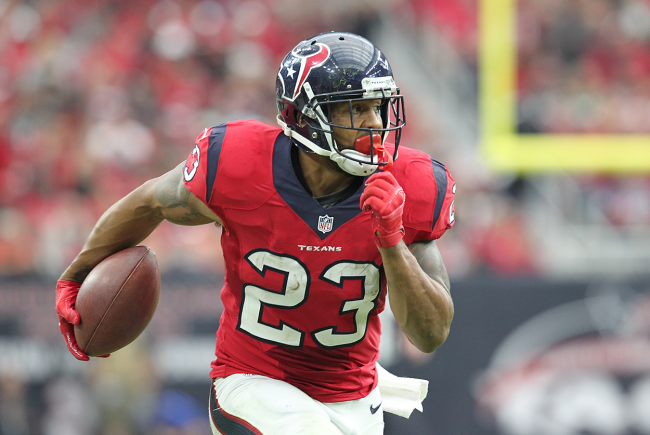 Arian Foster was one of the most dominant NFL running backs of his era. The two-time First-team All-Pro reached four Pro Bowls, led the NFL in rushing touchdowns during two different seasons and was the NFL’s rushing yards leader in 2010.

His career came after going undrafted out of Tennessee as a former three-star recruit. Along the way, Foster played in 80 career NFL games alongside some legends.

As is customary, he and those players would often swap jerseys after games as a sign of respect for one another. On Thursday morning, Foster gave a look into his closet and showed off the game-worn jersey collection he has accumulated throughout the years.

cleaned my closet yesterday and ran across these. a journey indeed pic.twitter.com/WJh4CWodhF

The jerseys that Arian Foster has in his collection are:

Not including his own, Foster has 48 jerseys and they are all legends in their own right. Quite the closet he has there!