AZ Cardinals’ Sleeveless, Tattooed Strength Coach Has A Legendary Look And Is Impossible To Root Against 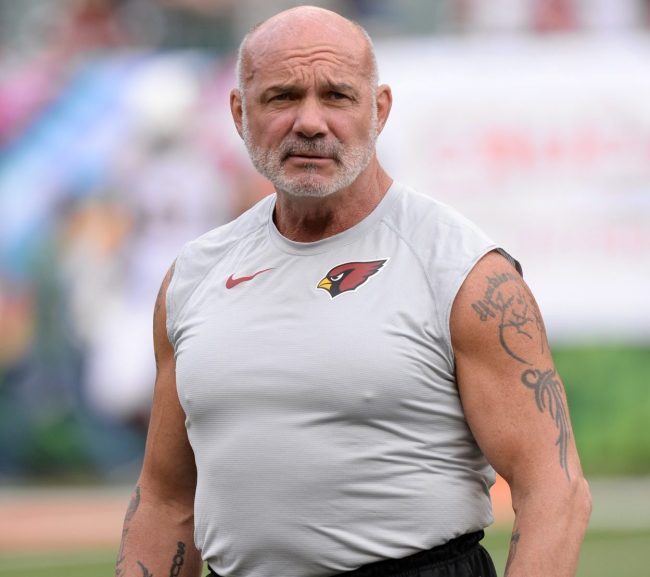 During Sunday’s game against the Cowboys, Cardinals strength and conditioning coach Buddy Morris turned quite a few heads. Wearing a tight, sleeveless cutoff, with tattoos down both of his muscular arms, he was hard to miss.

are we just going to not acknowledge the Cardinals trainer with his guns out? pic.twitter.com/zpADIHhjNm

Morris, a Pennsylvania-native, began his career as the strength and conditioning coach at his alma mater, the University of Pittsburgh, in 1980. After spending 21 years with the Panthers, he joined the Browns in 2002 and spent three years in Cleveland before moving west to Arizona in 2014.

No matter where he is coaching, Morris is a legend.

He specializes in biomobility, biodymanics and bioenergetic development, so he isn’t just a “eat this, lift this” type of coach. Morris’ workouts and diets are structured specifically for his strength program and he has worked with anyone from Olympic gold medalists in track and field to Dan Marino.

At one point, Morris owned a gym that was named one of the 10 toughest in America by Muscle & Fitness Magazine. He was also a professional bodybuilder in a previous life.

Perhaps most importantly, he looks the part. 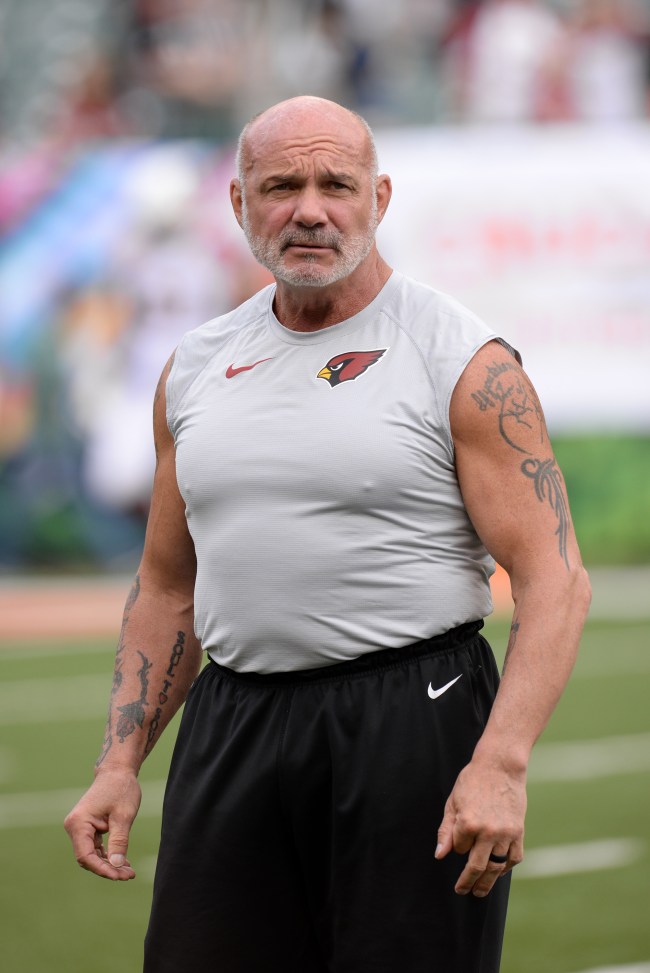 In an interview from before the 2021 season, Morris explained that he stopped wearing sleeves with the Browns. He doesn’t know why he started doing it, but it is to “let people know that he’s old, but he’s still got it.”

The entire interview takes you behind the scenes of a typical day in the life of Morris. It’s impossible not to love him and his lore.

In 2018, Morris was asked about the first day of Arizona’s offseason program. In response he said that it was a good day, but was not afraid to tell it how it is.

“It wasn’t great. It wasn’t average. I saw some great things. I saw some things that make me want to go home and drink heavily.”

Based on his appearance and upbringing, it’s a tremendous mental picture to imagine Morris going home, crushing a 12-pack of Miller Lite and calling it a day. Light work.

Not only does Morris look exactly how you would expect a 41-year strength and conditioning coaching veteran to look, but he yields results on the field and the players love him. Legend.