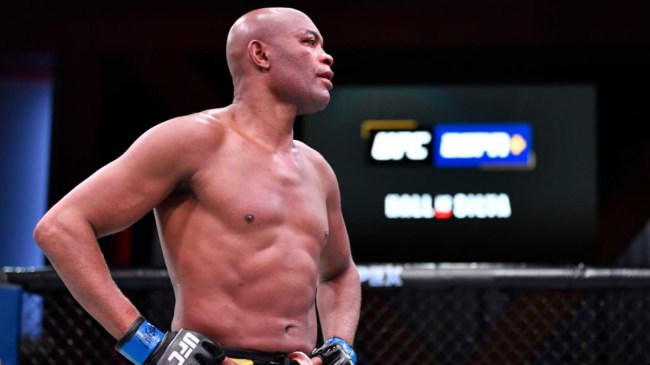 It just wouldn’t be a Jake Paul fight if there wasn’t a bit of drama before he even stepped into the ring.

Now he’s gotten himself another date for a fight and a much higher profile opponent. Paul will be stepping into the ring with former UFC Middleweight Champion Anderson Silva. Unfortunately, there was a moment there where it seemed like the fight might not happen.

An interview recently surfaced where Anderson Silva mentioned being knocked out twice by sparring partners during his training camp. That comment got the attention of the Arizona commission.

Last night, they met to discuss whether or not Silva should still be able to take this fight. Luckily, the commission decided to clear him.

Anderson Silva has been cleared by the athletic commission to fight Jake Paul … after inadvertently saying he'd been "knocked out" twice during a recent training session. https://t.co/a9FbXffBr6

This really should have never even required a meeting for the commission. Anderson Silva potentially having been knocked out in training camp was far from the biggest issue with Saturday night’s card.

In the fight just before Paul and Silva square off, retired NFL running back Le’Veon Bell will be taking on Uriah Hall, who built a successful UFC career based on his ability to knock opponents out. That seems like way more of an issue than a seasoned combat sports veteran saying that he was knocked out in training.

At least it didn’t end up causing the fight to get cancelled and fans will still get to enjoy watching Silva take on Paul on Saturday night.