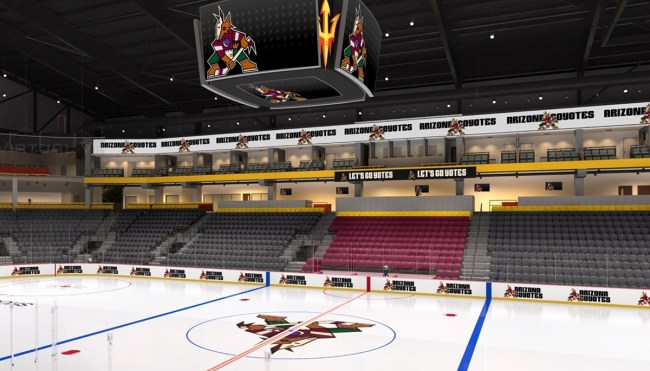 It’s been a fairly rough decade for the Arizona Coyotes, who have only qualified for the Stanley Cup Playoffs a single time since making it to the Western Conference Finals in 2012 and would’ve finished in the basement of the NHL standings at the end of last year’s campaign if it wasn’t for the even more hapless Canadiens.

However, the team’s underwhelming performance on the ice has been arguably overshadowed by some even more embarrassing developments off of it.

Last year, Arizona’s Department of Revenue threatened to lock them out of their own arena over $1.3 million in taxes it owed to the city of Glendale. That dispute was eventually settled, but those tensions played a role in the Coyotes deciding to find a new venue to call home in the form of a 5,000-seat barn located on the Arizona State University campus.

To put that number in perspective, the average NHL arena can hold a little over 18,000 fans, and Winnipeg’s Canada Life Centre—which boasted the smallest capacity prior to the Yotes’ relocating—can still hold more than 10,000 more spectators than the building in Tempe that is currently known simply as “Multi-Purpose Arena” thanks to a lack of naming right deal.

In April, a franchise that posted a 25-50-7 record last year understandably caught a bit of heat when it released the ticket prices for next year’s home games, with the cheapest option clocking in at $100 and a seat at center ice setting fans back $220 a pop.

Now, that shouldn’t come as a huge shock when you consider what they’re working with, but I would argue those prices aren’t that astronomical when you take a look at virtual views on the interactive seat map on the team’s website.

For example, here’s what your vantage point will look like if you’re posted up in what is theoretically the worst seat in the house: the back row located behind the visiting team’s net). 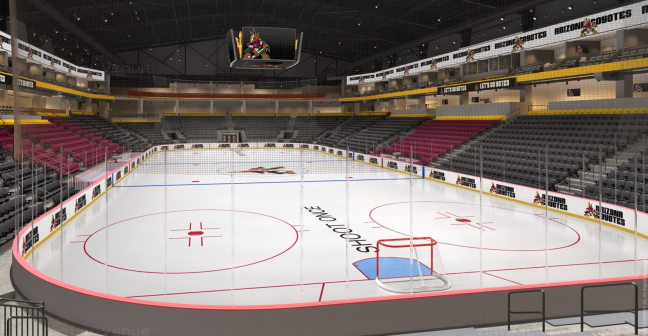 The aforementioned seats at center ice also aren’t too shabby, as you’ll get this view if you’re sitting in the last aisle.

It’s hard to believe the hometown crowd will be packing the rink to create a consistently electric atmosphere barring a wildly improbably turnaround, but it does seem like this could actually be a pretty dope place to watch your team of choice play a game on the road based on the uniquely intimate nature.