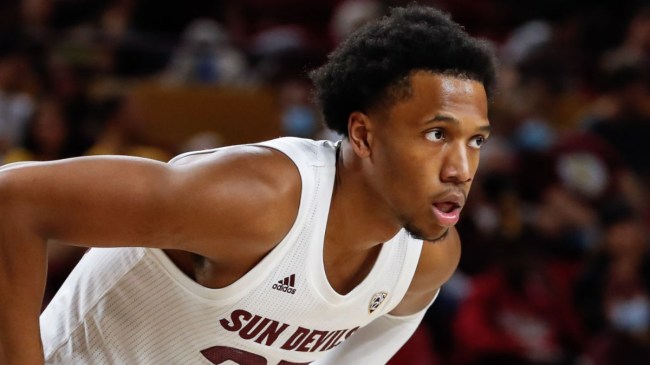 For the past 5 games, the Arizona State Sun Devils have been without one of their best players. Marcus bagley hasn’t appeared in a game since the Sun Devils beat Northern Arizona in their second game of the year.

ASU head coach Bobby Hurley claimed that the reason Bagley hadn’t gotten any playing time recently was because of how well other guys were playing. He recently told Arizona Sports that he just didn’t have minutes for Bagley right now because of a “stacked perimeter”.

It turns out that may not actually be the reason for Bagley’s lack of playing time.

Bagley took to Twitter over the weekend to reveal the real reason he hasn’t been playing and own up to a mistake that he made.

I usually don’t address locker room situations to media but for some reason people aren’t being transparent. To my fans & friends that are concerned, the reason I”m not playing has NOTHING to do with basketball or my ability. After my last game I played vs. NAU, out of frustration I made a mistake and said some things to Coach Hurley that I shouldn’t have said. Me not playing is 100% punishment for what I said that day. Again I am 100% healthy, & eager to play.

In a stunning turn of events, Bagley’s efforts to clear up the situation and take responsibility for what happened has actually led to him being suspended.

I was just suspended for this tweet. For Admitting I made a mistake. https://t.co/9duxiXRO0N

Hurley’s explanation never really seemed to make much sense. Bagley averaged 28 minutes per game in the first 2 games of the year and was scoring 12.5 points per game. He was 2nd on the team in scoring in their first game and was a key part of them getting a win over Tarleton State in that game.

It didn’t make sense for him to abruptly lose all of his minutes after those games.

Arizona State appears to be handling this situation really poorly and it wouldn’t be surprising to see this latest decision convince a talented player to head for the transfer portal in the middle of the season.