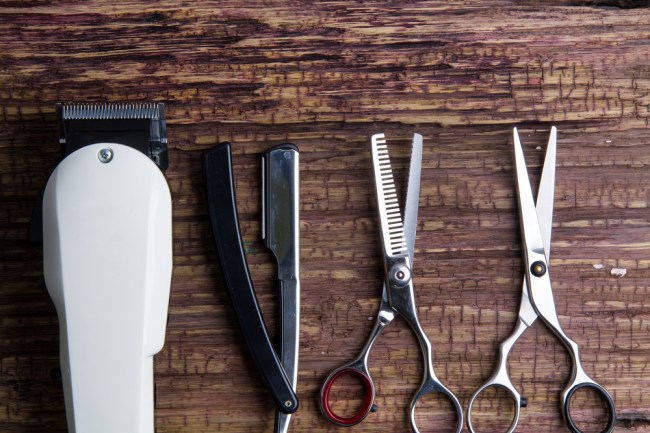 The University of Arizona Wildcats had a HUUUUGE win two weeks when they beat conference rival UCLA to move to 4-2 on the season. Last week they had an even bigger win when the Wildcats took down Cal (at Cal), winning 45-44 in overtime to move to 5-2. Prior to the UCLA game two weeks ago, Arizona’s quarterback coach made a bet with his players: beat UCLA and I’ll let you cut my hair.

Khadrice Rollins of Sports Illustrated‘s ‘Extra Mustard‘ claims this is the last time Arizona QB’s Coach Rod Smith is ever going to make that bet and I’m inclined to agree. The Wildcats players handled their end of the bet and served up UCLA a loss. Rod Smith paid up and let his players cut his hair and learned the hard way that you should never, ever let anyone cut your hair as part of a bet:

Man of my word.. Lost a bet that I was willing to pay…beating UCLA!! #QB Room #🐻⬇️ pic.twitter.com/Pwk2TTywTb

Why’d it taken him two weeks to pay up on the bet?

Had to let my hair grow out a little..haha!

No man should ever make a bet involving his hair. Your hair is your head suit. How is anyone supposed to take you seriously in life if you show up looking like an unkempt jabroni with a $2 haircut? They’re not. /end rant.

The Arizona Wildcats face off against Washington State this Saturday night in Arizona. The Cougars come into Tucson ranked 15th in the nation and have aspirations of getting back into the College Football Playoffs discussion if they win out and win those games decisively. If I’m a betting man, I’m taking Arizona in this game because they’re red hot and they’re at home. But the Cougars did look pretty damn good last week, so I’m not feeling overly confident about placing that wager.