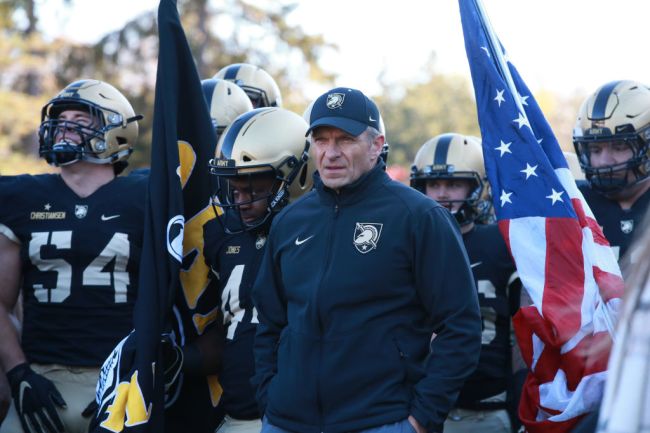 While 2020 wasn’t kind to most college football teams, it was a good year for Army. The Black Knights went 9-2 winning seven of their last eight games and beat both Navy and Air Force. Even in a virus-free year, that would be a solid campaign for Army.

ESPN and the bowl game committees rewarded the Black Knights by excluding them from the bowl schedule proving yet again that many things are broken in college football.

You can blame this ridiculous situation on conference guarantees for bowl games and ESPN holding the TV rights for all but one bowl game this year.

Back in October, Army accepted a bid to play in the Independence Bowl with its opponent set to be a team out of the Pac-12. Given how big of a mess the Pac-12 has been this year with its season starting in November you would think that ESPN and the Independence Bowl would have a backup team from another conference to fill the slot, but apparently, that’s too difficult.

Bowl games were announced on December 20. The Independence Bowl has been scheduled for December 26 for over a year now and somehow nobody figured it would be a good idea to find another team, any team, to play Army? It’s insanity.

I get it, there are contracts in place, but in case you missed it, this year has been a bit different, forget about the contract with the Pac-12.

It must be a coincidence that 2-8 South Carolina and 3-7 Mississippi State have their bowl games in order. Also, the Military Bowl, scheduled for December 28, is completely open at the moment.

ESPN of course put out a piece early Monday morning with quotes from Army head coach Jeff Monken in which he simply said that all the Black Knights want is a chance to play. ESPN put out the story to try to paint the picture that it’s simply an unfortunate situation Army finds itself in when at the end of the day most of the blame goes to ESPN itself.

“We had guys in tears,” Monken told ESPN. “We pulled off the biggest wins of these seniors’ career, they just won the Commander-in-Chief’s Trophy back, that’s going to be their legacy, and they’re looking forward to playing in a bowl game one time together, before they go off in the United States Army, and we’re sitting here telling them, ‘Sorry, guys, you can’t play.’

Let’s hope ESPN and the Independence Bowl figure this out. Don’t get your hopes up too much, but there has to be a team out there willing to play Army, even on such short notice.

UPDATE: The Liberty Bowl stepped up and did the right thing on Monday afternoon. After Tennessee had to withdraw itself from the bowl game due to COVID-19, Army will now take on West Virginia in Memphis.