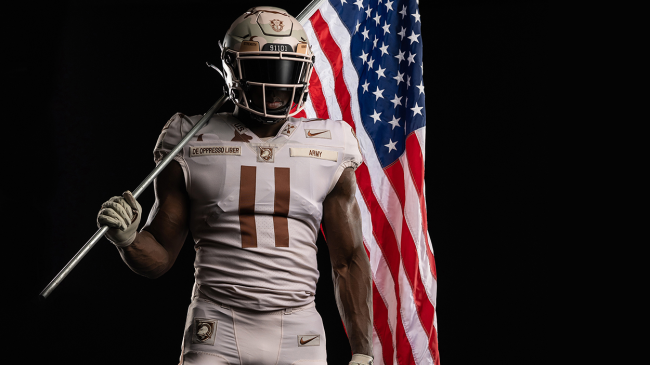 With less than two weeks until Army travels to New Jersey for this year’s iteration of ‘America’s Game,’ the Black Knights have released their uniforms and they are spectacular. This year’s game will be held at MetLife Stadium, with Navy as the home team, and Army’s uniforms will honor the 20th anniversary of 9/11.

Army and Nike teamed up for this year’s uniforms. According to the academy, they are based off of the soldiers of the U.S. Army Special Forces Command.

“In the immediate wake of the 9/11 attacks, Special Forces Operational Detachment Alphas (ODAs) from the 5th Special Forces Group were called upon to rapidly deploy from Fort Campbell, KY to Afghanistan. These are the ODAs we honor with this year’s Army-Navy uniform—the ODAs of Task Force Dagger.”

The team’s announcement video provides a great look into the history behind the uniform and it will give you chills in the process:

Every last detail of the uniform is remarkable.

The camouflage, however, might be the coolest part. It is exactly that of the Special Forces group that served after September 11th. 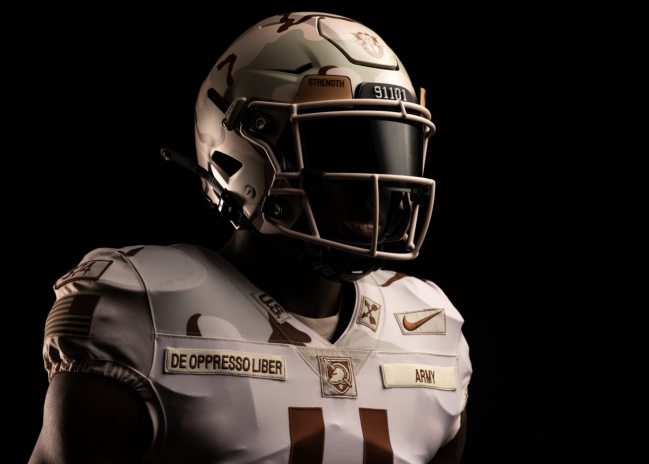 The U.S. Army Special Forces motto ‘De Oppresso Liber’ is displayed on multiple areas of the uniform. It means, ‘To Free the Oppressed.” 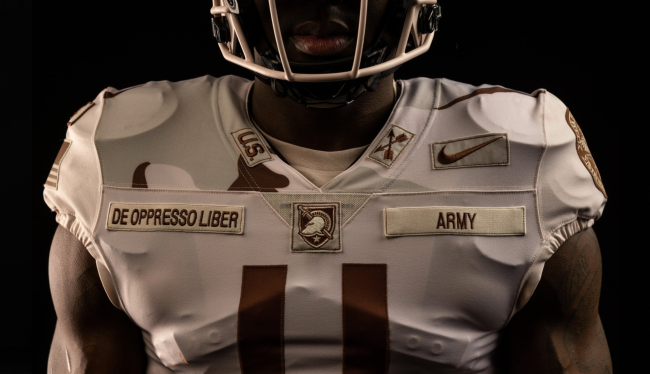 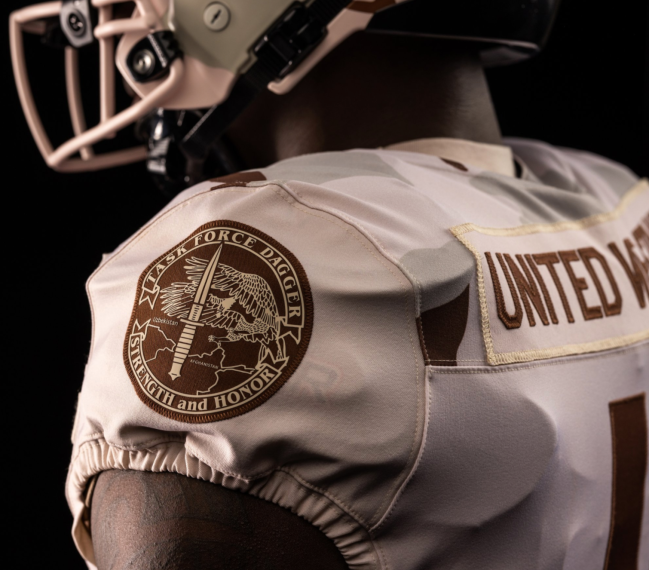 The helmet is awesome. 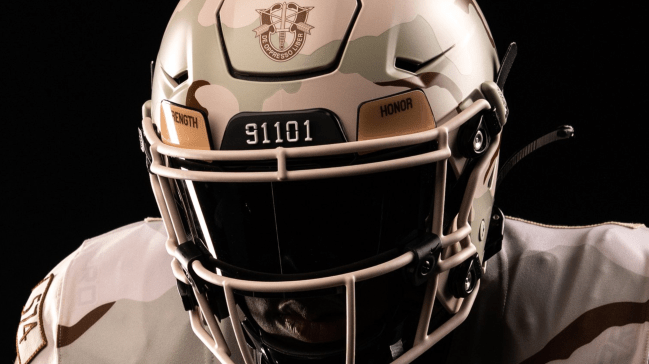 The entire uniform carries significance or a story and pays tribute to specific groups who served in the Army after 9/11. The team and Nike unveiled the uniforms on a special-made website.

On the website, it gives the backstory for every last detail. You can check it out HERE, and it’s really worth reading.

Nike and the U.S. Military Academy did a phenomenal job with this year’s uniforms. It’s safe to say that if they are not the best yet, that they are top-three.