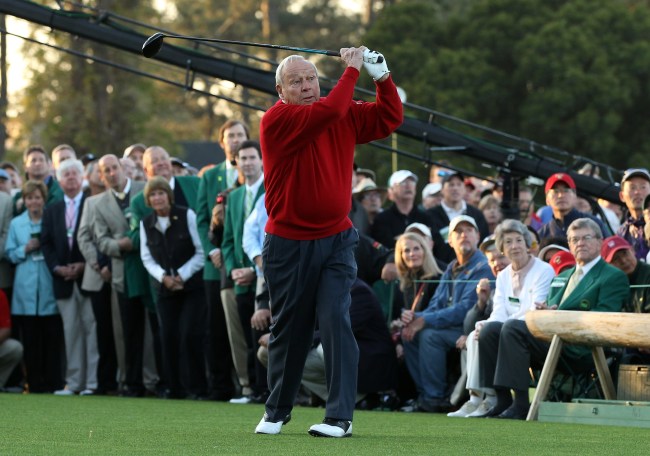 This weekend the Arnold Palmer Invitational will take place at Bay Hill in Orlando. The entire world of golf will be following the action as Tiger Woods competes for his second week in a row after finishing in 2nd place (1-stroke behind) at the Valspar Championship.

The Arnold Palmer Invitational is one of golf’s special tournaments. Tiger Woods won it four years in a row from 2000-2003. It has been played (under different names) for 52 years and now it carries the name and sponsorship of the late great Arnold Palmer, one of the all-time greatest golfers and the man who spawned one of the most iconic beverages in history (half iced tea-half lemonade). The winner of the Arnold Palmer Invitational is given one of Arnie’s iconic red alpaca sweaters as a trophy.

An interesting story about Arnold Palmer showed up in my inbox earlier today and I thought I’d share it with you bros on the eve of the 2018 Arnold Palmer Invitational…. I first want you to think of Arnold Palmer in your head. Get a good image of him in your mind. He’s wearing that iconic red sweater, isn’t he? Well, this morning I learned that Arnold Palmer’s iconic red sweater is made out of Peruvian alpaca fabric AND that the extreme popularity of Arnold’s red sweater caused a permanent change the alpaca population of Peru in under a decade.

The story of how Arnold Palmer changed Peru’s alpaca population forever was posted a while back on Modern Farmer. I don’t want to mess up the story so let’s just read an excerpt from their story:

Until about 1950, according to Mike Safley who has been raising alpacas for more than 30 years, all Peruvian alpaca fiber was sold in round lots that had a certain amount of each color in them. This prevented importers from taking only white fiber. But things began to change when Palmer’s alpaca cardigans became an international hit. Importers started paying huge premiums for white alpaca fiber, which resulted in breeders favoring light-colored animals.
“It revolutionized color in the highlands of Peru because you couldn’t dye black fiber pink, so they had to have white alpacas to get the pastel colors to make these sweaters,” Safley says. “Within ten years it changed from being 90 percent colored animals to 90 percent white because they bred exclusively for white. That color mix still holds today.” (via) 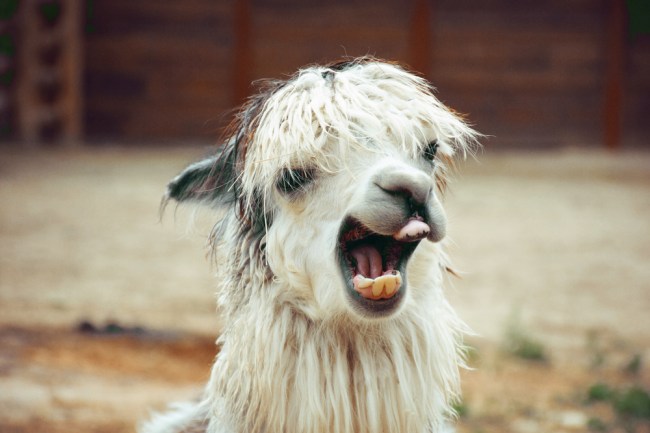 If you ever find yourself in Peru and are wondering why 9 out of every 10 alpacas you see are white then you can thank Arnold Palmer for the shift in popularity from black fibers to white fibers.

It’s hard to wrap our minds around just how popular these alpaca cardigans were after Arnold Palmer took the world of golf by storm but the subsequent hike in price is a pretty good indicator of how quickly these were flying off the shelves. When they first started selling Arnold’s red alpaca sweaters they retailed for $18.95. After Arnold’s popularity caused a massive spike in the cost of alpaca fibers the retail price of a sweater jumped from $18.95 to $150 per sweater.

If any of you bros are in Florida and looking to see some golf this weekend it’s not too late to pick up tickets to the 2018 Arnold Palmer Invitational and watch Tiger Woods *potentially* make history.