Penny Hardaway’s Son, Ashton Hardaway, Transfers To High School With 3 Other Players Whose Fathers Have Been NBA All-Stars 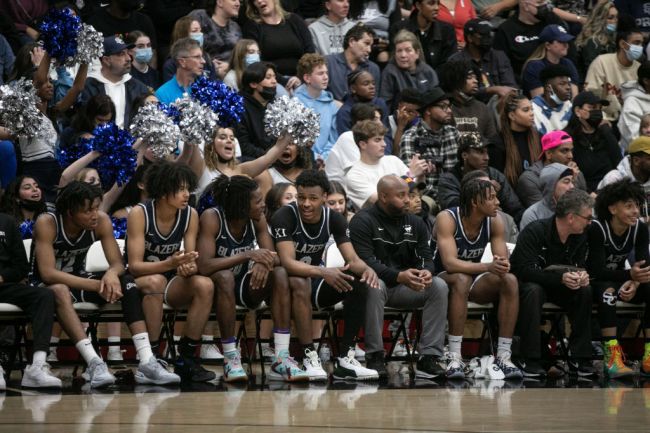 In case there were any scouts who weren’t already paying close attention to Sierra Canyon, they just got another reason why they need to be watching the team.

Sierra Canyon’s roster already included both of LeBron James’ sons, Bronny and Bryce, and Scotty Pippen’s son, Justin. Now those 3 will be joined by another player whose father was a star in the NBA.

It was recently reported that Ashton Hardaway, the son of Penny Hardaway, would be joining Sierra Canyon.

Sierra Canyon adds another former NBA player's son to its legacy that includes last names like Martin, Pippen and James.

Hardaway is a 6’7″ power forward whose father happens to have been an NBA All-Star and currently coaches the Memphis Tigers. He had previously played for Duncanville in Texas before making the move to Sierra Canyon.

According to 247 Sports, Hardaway is a 3-star recruit who is currently ranked 141st in the country in his class. He has received offers from Oklahoma State, SMU, Boston College, USC, and 5 other schools.

Now he’ll team up with the 50th ranked recruit in his own class in Bronny James. Pippen and Bryce James are also sure to find themselves getting plenty of recruiting attention in the 2024 and 2025 classes respectively when scouts fully turn their attention to those classes.

Making the move to Sierra Canyon will give Hardaway plenty of exposure to try and bump up his recruiting ranking during his senior season.

With 4 players whose fathers have been NBA All-Stars and who are sure to get plenty of recruiting attention, Sierra Canyon should be one of the highest profile high school basketball teams in the country.