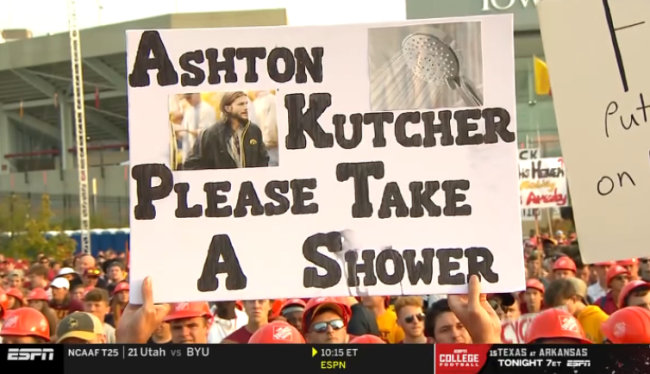 Ashton Kutcher wasn’t a popular choice to be the guest picker on ESPN’s College GameDay for the Iowa-Iowa St game and fans were quick to troll him during his appearance on ESPN this Saturday.

Before his appearance fans brought out signs mocking Kutcher by bringing up the time he and his wife Mila Kunis admitted they don’t bathe very much. 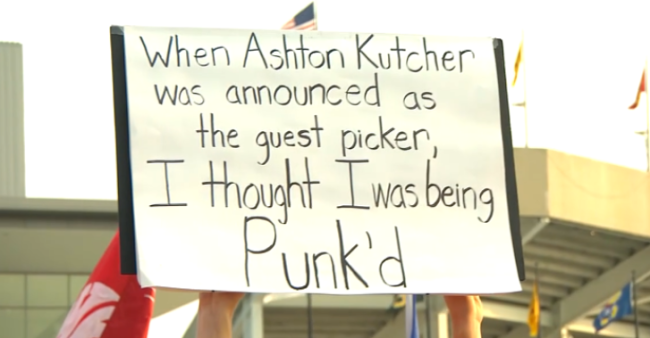 Fans in attendance on Saturday even started chanting “take a shower” at Kutcher which got a chuckle from the GameDay crew.

Ashton Kutcher gets drowned out by "take a shower" chants on #CollegeGameDay pic.twitter.com/EfWWuLFGuN