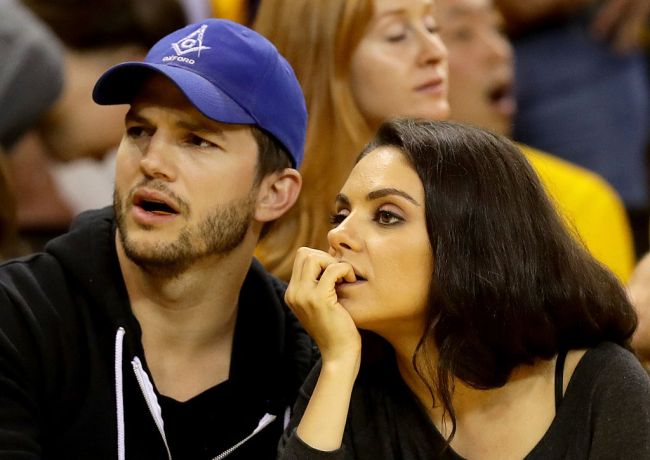 Mila Kunis And Ashton Kutcher may have shared a bit too much information about their daily bathing habits with the Internet.

During a recent appearance on Dax Shepard’s Armchair Expert podcast, Kunis and Kutcher revealed that they don’t believe in bathing themselves or their children too much which stunned Shepard and his co-host Monica Padman.

Ashton Kutcher and Mila Kunis say they don't believe in bathing their kids or themselves too much.

"If you can see the dirt on them, clean them," Kutcher said. "Otherwise there's no point." https://t.co/YxzjsEuzcC

Padman was stunned to be in the daily full-body wash minority and asked, “Who taught you to not wash?”

“I didn’t have hot water growing up as a child so I didn’t shower very much anyway,” Kunis said.

That has apparently continued with her and Kutcher’s two kids, Wyatt, 6, and Dimitri, 4.

“I wasn’t that parent that bathed my newborns, ever,” Kunis said.

And now that they are older, Kutcher said they have a system.

“If you can see the dirt on them, clean them,” he said. “Otherwise there’s no point.”

Kutcher said he does wash his “armpits and my crotch daily and nothing else ever,” and has a tendency to “throw some water on my face after a workout to get all the salts out.”

The Internet was absolutely disgusted with Kutcher and Kunis over their revelation.

This bout nasty as hell. https://t.co/dBj8ZFc2LY

This why Red always called them dumbasses https://t.co/VrEdWuQBgJ

I want to blame Kutcher for this but Kunis is just as responsible here to make sure their kids wash their asses. https://t.co/iNltcix6zN

I'd hate to be an actress/actor in a movie or show with celebs like Ashton Kutcher & Mila Kunis (that tell the world how they dont take baths) & have to have a love scene with them. pic.twitter.com/2XoMAodZCX

It shocks me every time a new person comes out, celeb or not, and willingly tells us they are dirty. https://t.co/qH3JCIVGhH