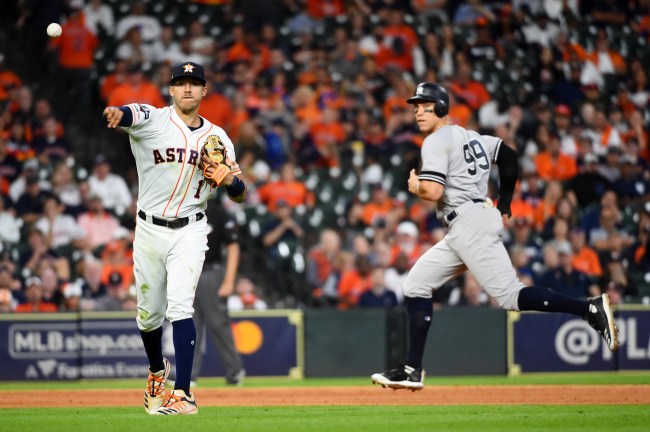 On Friday, A New York federal judge said he would unseal a letter that allegedly shows that the NY Yankees engaged in a “more serious, sign-stealing scheme” than Rob Manfred and the MLB revealed publicly back in 2017.

MLB and the Yankees may submit a minimally redacted version of the letter “to protect the identity of the individuals mentioned” by noon ET on Monday, as part of the proceedings in a lawsuit brought against the league by daily fantasy sports contestants in the wake of the sign-stealing scandals in Houston and Boston

Rakoff wrote that “much of the letter’s contents have already been revealed in the 2017 Press Release.” But the plaintiffs claim the letter is revelatory, arguing it “proved Manfred’s duplicity.” Both MLB and the Yankees are seeking to keep the letter under wraps.

The Yankees are unhappy about the judge’s ruling and are pushing back.

There is no justification for public disclosure of the letter,” Jonathan Schiller, a lawyer representing the Yankees, said in a statement to The Athletic. “The plaintiff has no case anymore, and the court held that what MLB wrote in confidence was irrelevant to the court’s dismissal of the plaintiff’s case. Under established law, this supports the Yankees’ right to confidentiality required by the Commissioner of Baseball.”

Correa’s tweet is a reference to Judge reacting to the Houston Astros sign-stealing scandal last year.