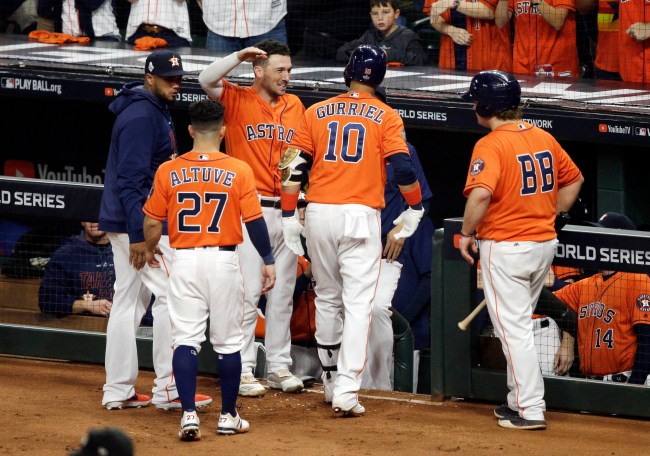 A single tear trickles down my cheek as I write: Today would have been Opening Day.

While the baseball world mourns, the Houston Astros are breathing a rare breath of fresh air, because a global pandemic unlike anything mankind has seen in generations is a better alternative to a full season of unrelenting harassment.

The Astros, despite being ‘sincerely apologetic‘ in their behavior, have been gifted more time for opposing fanbases to let cooler heads prevail.

But, in the sage words of Seth from Superbad, people don’t forget. And accounts like 2020 Astros Shame Tour will make damn sure of it.

The account recently dug up a video of an interaction between a video from Nats pitcher Max Scherzer and catcher Yan Gomes during Game 7 of the 2019 World Series.

“The Nationals are worried about any sort of shenanigans… relative to the other side trying to steal signs.” pic.twitter.com/5pXIjRTAhc

Jageler said, as transcribed by For the Win:

“And now Gomes is going to use a mound visit here, and Turner’s gonna come in. They’re gonna change their sequence of signs, make sure they’re on the same page. Even with nobody on or a runner at first, the Nationals are worried about any sort of shenanigans relative to the other side trying to steal signs. And that’s not the pitch-tipping that Stephen Strasburg talked about yesterday … the Nationals are worried about someone intercepting their signals. So, they may have switched it up, considering the lack of strikeouts, they may be on to something.” 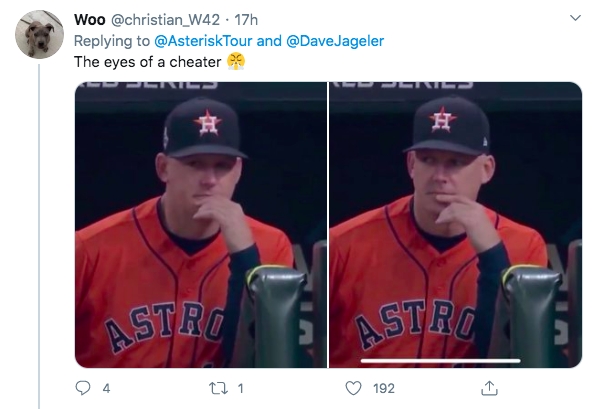 This ain’t going away anytime soon.