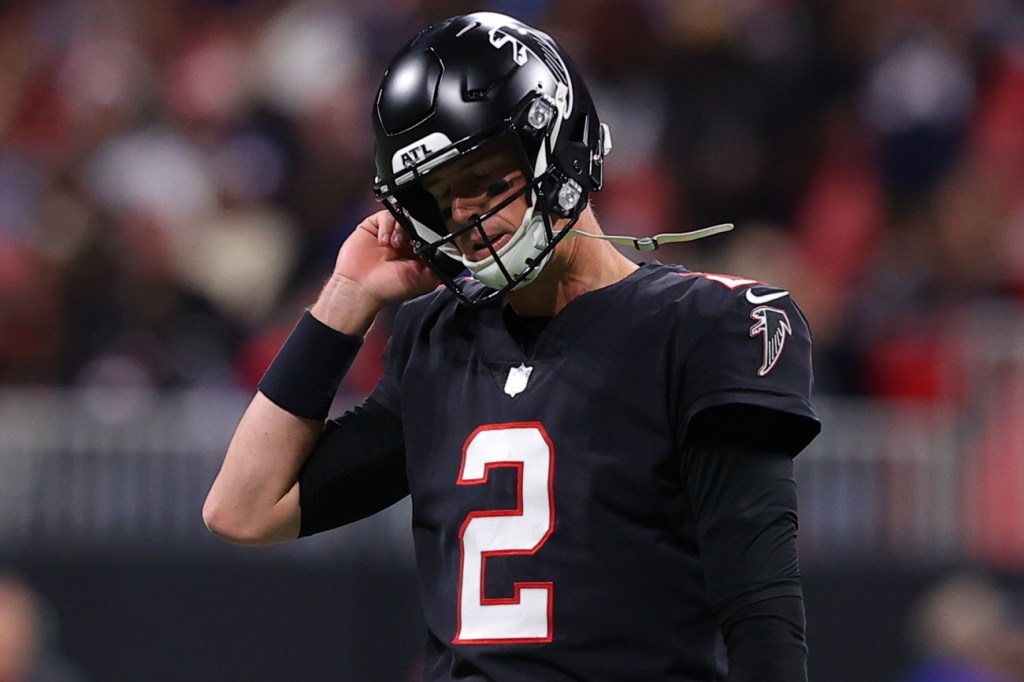 The Atlanta Falcons are not a good football team. They might have a nice stadium but the team has been nothing short of a dumpster fire in recent weeks.

The Falcons got shut out at home on Thursday Night Football and lost to Mac Jones and the New England Patriots 25-0. This came a week after the Falcons lost 3-43 against the Dallas Cowboys. For anyone keeping score at home, that means they’ve been outscored by 65 points in less than a week.

Atlanta’s defense has clearly been impotent and unable to stop the opposition from scoring at will over the past two games but it was the Falcons offense that made history on Thursday night. The Falcons became the first team to have three quarterbacks throw interceptions in a game since Ryan Leaf, Jim Harbaugh, and Moses Moreno did it on the 2000 Chargers.

The last time 3 QBs threw an INT in same game before Matt Ryan, Josh Rosen and Feleipe Franks did it for Falcons tonight was 11/12/2000 when Jim Harbaugh, Ryan Leaf and Moses Moreno did it for Chargers in 17-7 loss to Dolphins (Texans did it in 2009 w/ 2 QBs and RB) https://t.co/RKfFN2alGu

The Falcons are the first team since the 2009 Texans to have 3 players throw an interception in the same game (Matt Schaub, Rex Grossman, Chris Brown).

The last team to have 3 QBs throw an interception in a game was the 2000 Chargers (Ryan Leaf, Jim Harbaugh, Moses Moreno). pic.twitter.com/v18Ys1fhcB

I guess I wasn’t the only person who was surprised to see Jim Harbaugh’s name in there since he’s been coaching for so long at this point it’s hard to remember him as a player.

Meanwhile, Mac Jones continued his run of success last night and made the other NFL rookie quarterbacks look bad.

Mac Jones is the 1st rookie QB in NFL history to complete 80% of his passes in back-to-back games (min. 15 attempts).

The Atlanta Falcons rank 28th in Offense (YPG) and 31st in Defense (points against). They are truly miserable on both sides of the ball but they’ve also somehow managed to win 4 games this season before imploding so it’s possible they can figure out a way to turn their slide around.