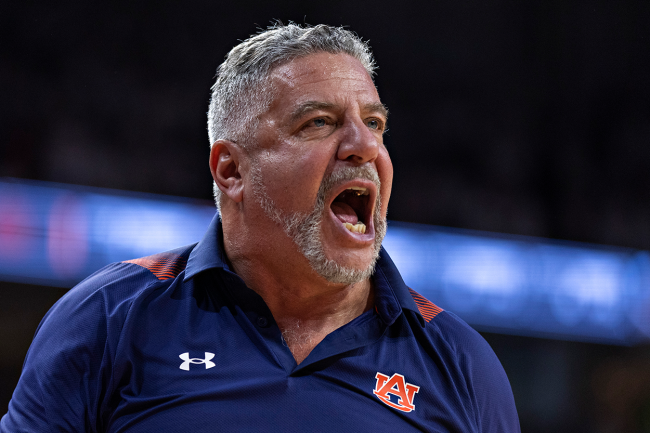 Auburn basketball is headed east to get a jumpstart on the 2022/23 season. Way, way east.

Over the past decade or so, top college basketball programs have hopped on the trend of traveling overseas to get in live, preseason games against top international college, professional and semi-pro teams. This year, the Tigers are headed to Israel.

Auburn’s games in Israel will be played by FIBA professional rules. There will be four 10-minute quarters, a 24-second shot clock and a few other minor changes to the NCAA rules.

Auburn will take part in the inaugural Birthright for College Basketball foreign tour to Israel in collaboration with @CS_MGMT, Israeli Basketball Association & @Athletes4Israel

The NCAA allows programs to take an international trip every four years and the Tigers last went to Italy in the summer of 2017. They will be the second school to play a foreign tour in Israel and head coach Bruce Pearl has some sound advice.

However, it has nothing to do with the basketball that is set to be played.

Bruce Pearl is advising his Auburn basketball players not to fart while visiting the Dead Sea. He knows not to do so from experience.

Bruce Pearl has some advice for his players as the team prepares for their trip to Israel… Don’t fart in the Dead Sea. Coach knows from experience. 🌊😱💨#auburnbasketball #israel #deadsea #wareagle #wde #brucepearl #auburntigers #birthright pic.twitter.com/oPpE81saXG

The Dead Sea is a salt lake bordered by Jordan to the East and Israel and the West Bank to the West. It is one of the saltiest bodies of water on Earth, with nearly 10 times the amount of salt than ordinary seawater.

In turn, it makes swimming in the Dead Sea nearly impossible. Instead, its salinity allows bathers/swimmers to float with utmost ease.

In addition, because it is so salty, farting while in the water is a terrible idea. Physics kicks in and a natural suction system injects the high-salinity back up from where the fart came.

As it is, orifices tend to begin burning if they are in the extremely salty water long enough. Farting only expedites and intensifies that process/feeling. Pearl said that he has farted in the Dead Sea before because he didn’t believe it and now he is telling his players not to do so, so it must be true.