Billy Napier Latest Coach To Reportedly Turn Down Auburn. Does Anyone Want To Coach The Tigers? 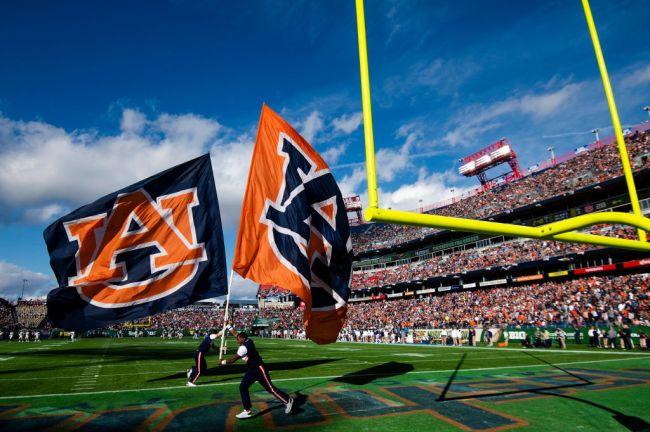 It’s been over a week now since Auburn elected to fire Gus Malzahn and pay him $21 million to leave the program. While there isn’t an extremely urgent rush for the Tigers to fill their head coaching job, it’s a bit surprising that – depending on who you ask – there doesn’t seem to be a true leading candidate for the position just yet.

Billy Napier, the head coach at Louisiana, has now become the latest coach to turn down the Tigers as it’s now turning into a ‘does anyone want to coach Auburn’ sort of situation.

Coaching searches are filled w/ craziness & nothing new in 2020. Sources tell us Billy Napier has turned down the Auburn job. Keep a close watch on Bill Clark — his interview went really well. Clark is incredibly well respected by his peers. A good possibility he is next in line

Billy Napier was someone #Auburn was very interested in, but sources tell me the Louisiana head coach is expected to remain with the Ragin Cajuns, and is very excited about the direction of their program and what they're building there.

Napier joins a list of coaches that are reportedly out of the running for the position at Auburn. Prior to the Napier news on Monday, it was reported that Alabama offensive coordinator Steve Sarkisian and Auburn defensive coordinator Kevin Steele are no longer among the candidate to fill Malzahn’s shoes. Steele seemed to have a lot of momentum among Auburn boosters following Malzahn’s firing, but there’s been a major pushback from Tigers fans regarding the idea of hiring him.

The biggest rumors following Malzahn’s departure revolved around both Liberty head coach Hugh Freeze and Oregon head coach Mario Cristobal. Those were at least the two biggest names to be tossed in the hat but with no real mention of Freeze and Cristobal signing an extension with the Ducks, those rumors have fizzled out quite a bit.

Now it seems like UAB’s Bill Clark is among the leading candidates to take over the Auburn program. Clark has done a phenomenal job at Alabama Birmingham going 6-6 in his first season back in 2014, saw the football program get nixed for a few seasons, and has since won two Conference USA titles over the last three years. He’s 40-22 during his time coaching the Blazers.

As for why some of these coaches are opting to turn down Auburn, it’s clear some have their eyes on other jobs that could come open soon. Tennessee is one of those jobs that could open up over the next couple of weeks while Texas and LSU could be looking for new coaches as early as next season as well.