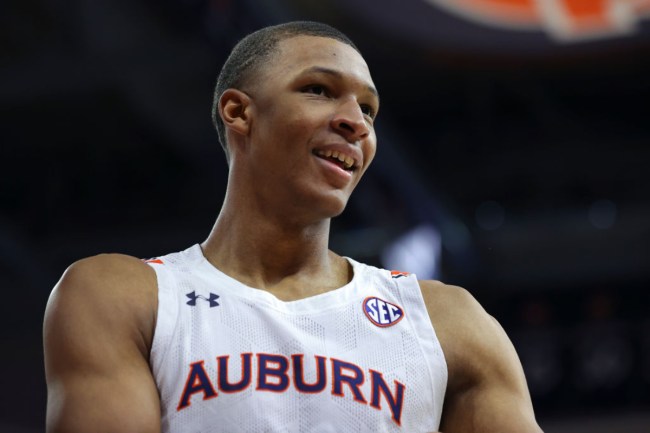 Jabari Smith could very well be the top pick in the 2022 NBA Draft as he is regarded by many as the top college basketball player in the country. His performance against Vanderbilt on Wednesday night was the latest example of how good the 6-foot-10 freshman is.

The Commodores actually jumped out to a quick 11-0 lead on the road. Smith made a three-point shot to stop the bleeding early and it proved to be a preview of what was to come.

Smith finished the night with 31 points on 7-for-10 shooting from beyond the arc. He finished the game 10-of-16 from the field and was virtually unstoppable during the 28 minutes he played.

After the game, Smith hinted at the fact that he was in the zone against the Dores and delivered a fantastic quote during his postgame interview with SEC Network.

“I felt sorry for them,” Smith said of Vandy’s inability to stop him from deep. “There was nothing they could do at the time.”

It’s a short and subtle quote, but still a kill shot no less.

Smith’s 31-point outing on Wednesday was the first of his career, but marked the eighth game this season he’s scored at least 20 points. He had not hit more than four three-pointers in a game before his big night against Vandy either but certainly showed the college hoops world yet again that he’s capable of scoring from anywhere on the floor.