Hotels In Augusta Are Hinting At A 2020 Masters Reschedule Date By Increasing Prices, Randomly Canceling Reservations 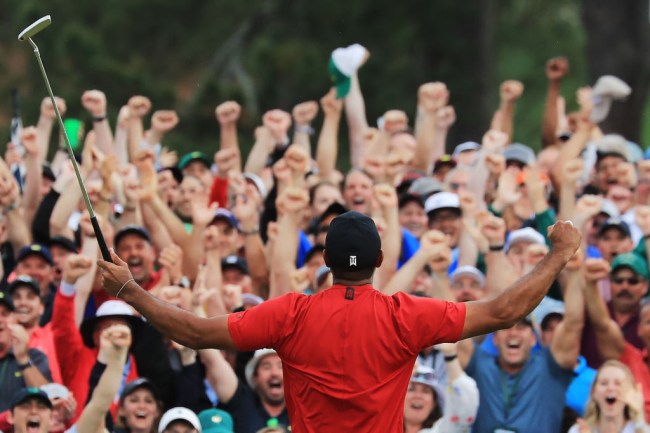 The 2020 Masters was officially postponed on March 13 without any possible rescheduling dates and ever since that heartbreaking news was delivered to the golf world the speculation has been running rampant.

Well, more fuel has been thrown on the speculation fire thanks to some interesting moves made by hotels in Augusta.

For those that may not know, during Masters week, hotels in and around Augusta dramatically increase in price. You’ll be lucky to find any sort of random three-star hotel for less than $600 per night. Many Augusta residents elect to rent out their homes, earn a little side scratch and get the hell out of town during tournament week.

There have been plenty of rumors that Augusta is eyeing an October date to play the Masters this year and based on increasing hotel prices and random cancelations of standing reservations we may actually know two specific weeks it has in mind.

This all started on Twitter, the home of where all great things begin, when LPGA Tour player Marina Alex tweeted that the Home2 in the Augusta area canceled her reservation for October 6-8 with the hopes of hiking prices and booking a different stay. This probably isn’t the best customer service move to make, but making one person who likely paid $100 or less for the room to try and get a different customer to pay $600 per night is quite the come up.

Actually @Home2Suites I didn’t cancel my room YOU did! This is ridiculous! Your reason was honoring “already existing” reservations. So obviously you know the date for @TheMasters is October 5-12 and are price gouging for a better rate. COMPLETE BS! I want my room back pic.twitter.com/4AcVN2VkwK

October 8 is a Thursday and if you do a simple Priceline search for the week of October 4-12 it’s clear that some hotels in the area are expecting something. 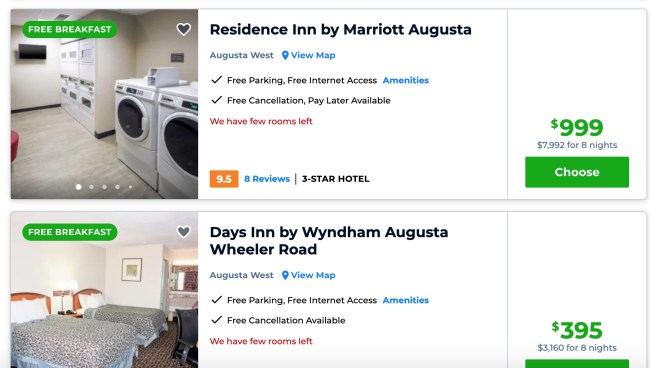 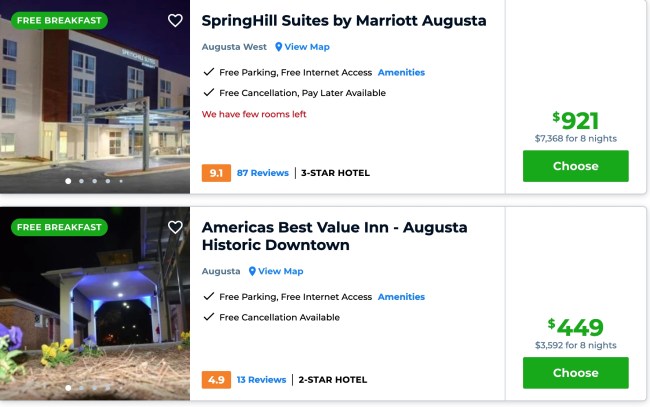 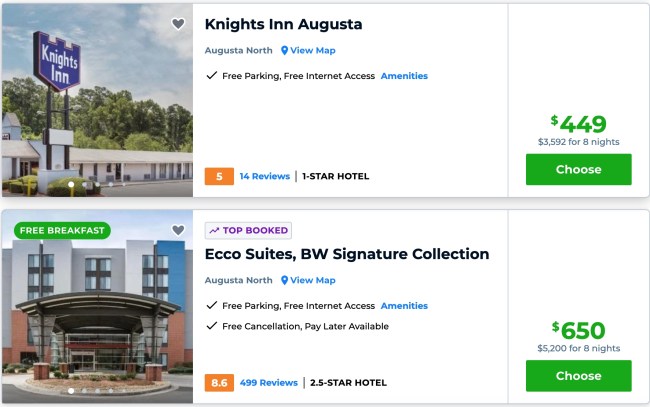 Many of the same hotels have raised their rates to the same price ranges for the following week, October 12-19.

These hotels are certainly acting like they know something the rest of the world doesn’t. Those that are optimistic that the Masters will actually be played this year, you can still book some hotels with lower rates and take a guess on the reschedule dates while crossing your fingers that the hotels will honor refunds and cancellations.