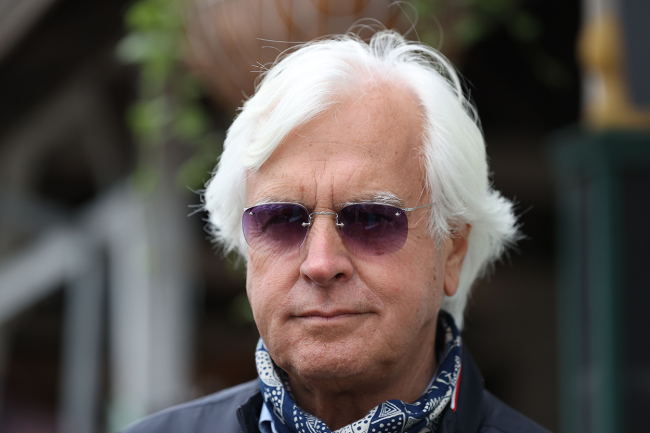 Seven months after winning the Kentucky Derby, Medina Spirit collapsed and died after a workout on Monday. The three-year-old colt suffered a heart attack while training in Santa Anita, and his trainer Bob Baffert has fallen under scrutiny once again.

That includes Medina Spirit in May. Medina Spirit tested positive for betamethasone after the Derby, which is a legal medication that is not allowed on race days.

Baffert’s attorney Craig Robertson released a statement last Friday that said tests done by a New York lab “definitely confirmed” that Medina Spirit tested positive for the steroid. However, he said that the colt tested positive not through an injection, but due to an ointment for a skin rash.

The colt had just completed five furlongs in his second workout since finishing second in the Breeders’ Cup Classic at Del Mar a month ago.

“My entire barn is devastated by this news,” Baffert said. “Medina Spirit was a great champion, a member of our family who was loved by all, and we are deeply mourning his loss. I will always cherish the proud and personal memories of Medina Spirit and his tremendous spirit.”

As required by the California Horse Racing Board, the colt will undergo a full necropsy. It will determine the cause of death.

Medina Spirit had five wins in 10 career starts and accumulated $3,545,200 in career earnings. Amr Zedan was his owner, who competes as Zedan Racing Stables.

“Our most sincere condolences go out to Mr. Amr Zedan and the entire Zedan Racing Stables family,” Baffert said in his statement. “They are in our thoughts and prayers as we go through this difficult time.”

According to the Washington Post, this is the 75th horse that has died in Baffert’s care. He is the most controversial personality in the sport, but also the greatest and most successful.

In response to the Medina Spirit news, the internet called for Baffert to retire from the sport:

I’ve bet a lot of money on this sport. I love horse racing but enough is enough. Until Bob Baffert is suspended and licenses are revoked then I am from this moment not betting a single dollar on horse racing. Medina Spirit deserved better

A FULL INVESTIGATION OF BOB BAFFERT NEEDS TO BE DONE IMMEDIATELY.

Bob Baffert should never come within 1,000 feet of a horse ever again.

This is the 75th horse to die suspiciously training under Baffert.

Call me naive, but if an NFL trainer had 75 players die suspiciously, he would be on trial.