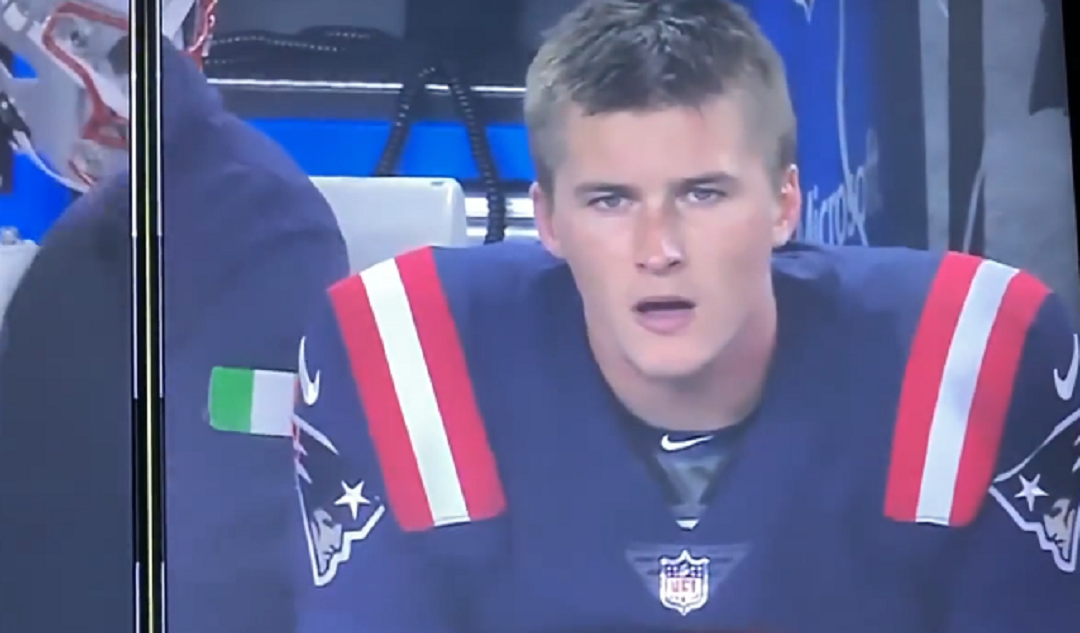 On Monday night, Mac Jones pulled himself out of the game early in the second quarter due to his ankle injury bothering him.

Mac Jones appears to say, “I’m out” ahead of the next Patriots offensive drive.

Bailey Zappe now in at quarterback.

As soon as Zappe entered the game, he threw a touchdown pass.

Zappe’s first drive after being put into the game:

3 for 3 for 54 yards and a touchdown pic.twitter.com/dlGnnjDSMi

Bailey Zappe has now led 2 TD drives since he entered the game.

Zappe went on to lead the Pats to another touchdown drive moments later which made people believe that he had effectively become the defacto QB of the team.

Bailey Zappe's 30-yard pass to Jakobi Meyers was his 3rd Pass TD of 25+ yards this season.

That's as many as Mac Jones has in his career. pic.twitter.com/dkyydINqp0

During the game, ESPN’s cameras panned toward Zappe, who was seen singing “Stacy’s Mom.’

Not Bailey Zappe casually singing along to “Stacy’s Mom” after hopping off the bench to lead back-to-back touchdown drives. 💀 pic.twitter.com/LLOhXONc44