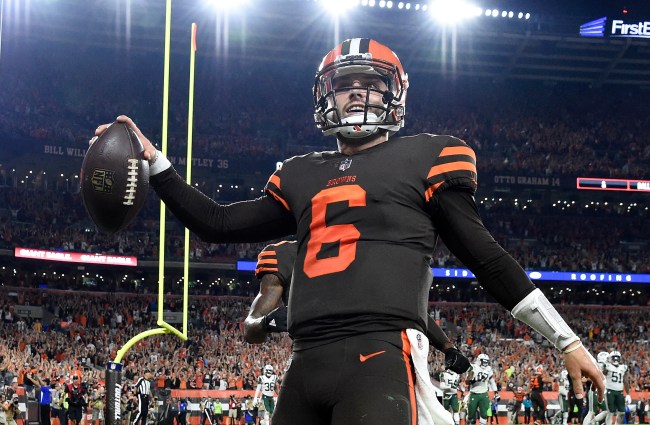 Cleveland Browns QB Baker Mayfield doesn’t care if fans are angry about his intentions to kneel during the anthem next season.

On Saturday afternoon, Baker told a fan that he was going to “absolutely” kneel next season when asked on Instagram.

After several angry fans responded to his post, Baker fired back with a lengthy explanation on why he was going to kneel and how he doesn’t care if he loses fans over it.

everybody so upset about my comment doesn’t understand the reasoning behind kneeling in the first place,” ”Nate [Boyer, a former NFL player and Green Beret,] and Kap [Colin Kaepernick] came to an agreement that kneeling was the most respectful way to support our military while also standing up for equality.

“I have the utmost respect for our military, cops, and people that serve our country. It’s about equality and everybody being treated the same because we’re all human. It’s been ignored for too long and that is my fault as well for not becoming more educated and staying silent.

“If I lose fans, that’s okay. I’ve always spoken my mind. And that’s from the heart.”

Mayfield wasn’t the only NFL player to fire back at a fans on Saturday over the anthem controversy. Earlier in the day JJ Watt also had a similar interaction with fan about kneeling during the anthem.

JJ Watt responded to a Twitter user who said he was "pretty sure" the Texans DE wouldn't be taking a knee during the anthem.

The times are changing in the NFL.