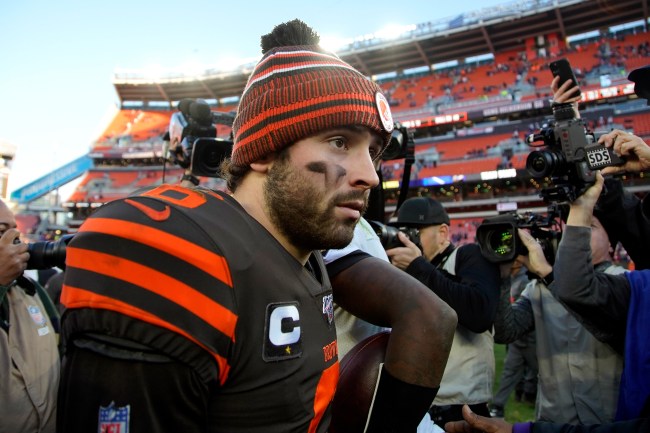 While standing in the tunnel the Browns QB got into it with a trash-talking Bengals fan. Mayfield was so annoyed with the fan that he told him to come down and talk trash to him to his face.

A few fans were heckling Baker Mayfield during today's game vs. Cincinnati.

Baker: “Why don’t you come down here and tell me that to my face?”

Of course Baker was criticized for chirping back at the fan.

Baker will never learn. Always needs to get the last word in. “Franchise” QB talking shit to a fan in the tunnel before a game. Unreal. https://t.co/8WN8HhIkUw

Baker Mayfield telling a fan to come down to the field and say whatever to his face is really interesting on numerous levels and I'm just gonna stop right there.

Pretty sure the majority of Browns fans would be able to knock Baker out as well, why's he saying that 😂😂 https://t.co/QSliOysJbq