Baker Mayfield Blasts All The Haters Who Doubted The Browns, Continues Feud With Rex Ryan After Win Vs Ravens 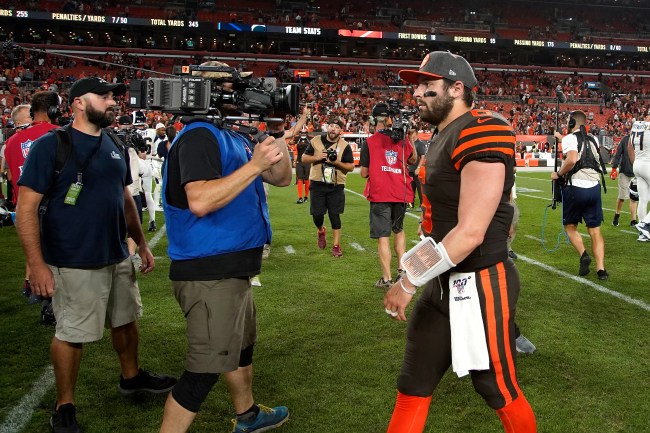 After four weeks the Browns finally look like the team many expected them to be.

This week the Browns went to Baltimore and put up 45 points against the Ravens where the offense was clicking on all cyclinders.

This was the first game in Browns history they had a 300-yard passer (Baker Mayfield), 150-yard rusher (Nick Chubb) and 150-yard receiver (Jarvis Landry), according to Elias Sports Bureau. https://t.co/xovmUxsMHA

Browns franchise QB Baker Mayfield, who has been heavily criticized for his play early on in the season, had a message for the haters who threw the team in the “trash”.

Baker Mayfield won't forget what people have been saying about the Browns. pic.twitter.com/PcE82Yb0n2

"Baker Mayfield better be happy I'm not in the black and purple today … 'cause he'd be in trouble."

After the Browns win against the Ravens, Baker wanted to make it clear that Ryan’s comments didn’t motivate him to play better or had anything to do with team’s win today.

Baker just seems like one of those dudes that consistently has a chip on his shoulder and uses it as motivation.