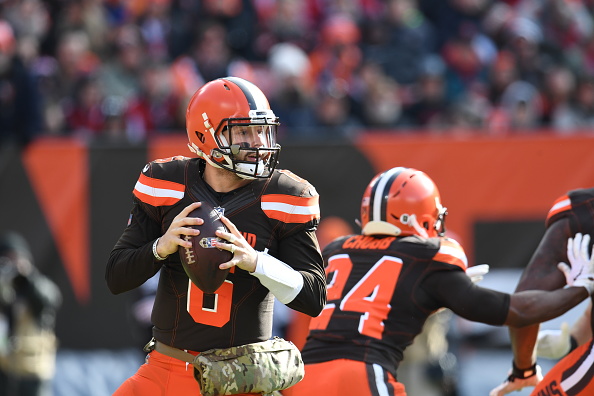 During the post-game press conference Mayfield confirmed that he wasn’t happy with Jackson joining the Bengals as a coach after getting fired from the Browns.

On this morning’s edition of First Take , ESPN’s Damian Woody basically called Baker Mayfield a hypocrite for criticizing Hue Jackson after he did the same thing in college when he transferred from Texas Tech to rival school Oklahoma.

Baker Mayfield needs to grow up. This is pro football. You’re dealing with grown men. Things happen in pro football, people get fired go to other teams. Players get cut, they fo to rivals, it happens all the time. Coach gets fired decided to pick up an available job.

Mayfield quickly responded to Woody comparing him to Hue Jackson.

Gotta love Baker for telling it like it is and not taking shit from anyone.