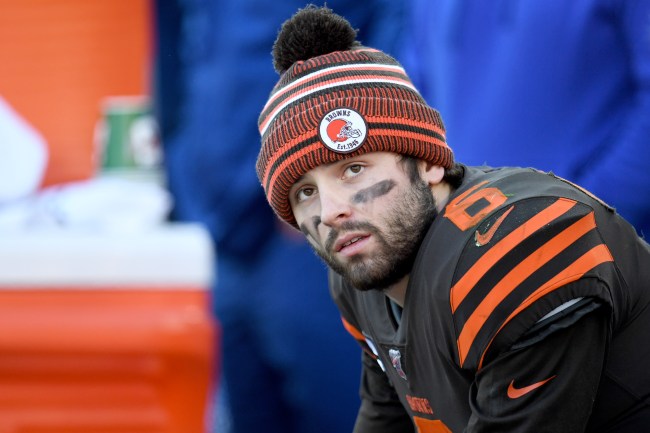 Over the weekend a woman named Kacie Dingess was angry Mayfield had blocked on her Twitter and began to air out all of his dirty laundry in public.

On Tuesday afternoon Kacie went on Rover’s Morning Glory in Cleveland to talk about how she once met Mayfield in the parking lot of a Cheesecake factory to give him oral sex.

I drove all the way to Westlake, it was like behind Cheesecake factory at some development parking lot…I got in the front and he said are we going to do this or not?.. After I left he texted me you’re actually a really cool person but you can’t say anything, like it’ll ruin my career

In the middle of Kacie’s interview, a second woman called into the show and stated that she also had a similar hook up with Mayfield in a parking lot back in December of 2018 while he was engaged to be married.

Second woman calls in and says she also hooked up with Baker Mayfield in a parking lot pic.twitter.com/vpldgl3kil

One day I ended up going out to Westlake, Crocker Park I think the same as the other girl…it was the first parking lot, his Range Rover pulls up and I’m just like ok yeah that’s him… then we had a conversation, same as the other girl it moved to the backseat got down to business, I didn’t sleep with him, gave him head and then ended up having conversation and that was it.

You can watch the entire segment involving Mayfield’s multiple alleged mistresses exposing him in the video below.