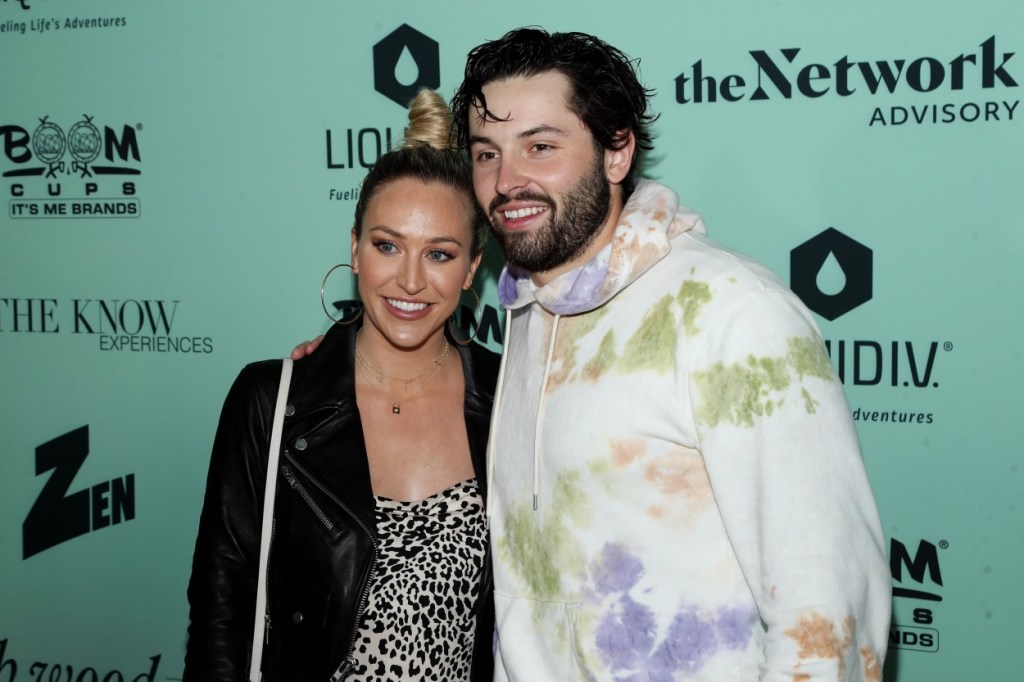 The Cleveland Browns are fighting hard for a spot in the NFL Playoffs and they’re doing it without starting quarterback Baker Mayfield on Monday Night Football against the Las Vegas Raiders.

With a win against the Raiders, the Browns would be tied atop the AFC North where currently the Bengals and Ravens are 8-6 and the Browns are 7-6 and Steelers are 7-6-1. Baker Mayfield has just 2,603 passing yards this season (13-7, TD-INT) in 12 games.

The Browns have been hit by sickness as bad as any team and they’ll be without Baker Mayfield AND his backup Case Keenum, not a situation any team wants to find themselves in when fighting for a playoffs spot. Third-string QB Nick Mullens is set to get the start.

After news began to circulate that Baker Mayfield didn’t clear testing protocols, his wife Emily Wilkinson Mayfield took to Twitter to support her husband and get Browns fans hyped up.

Her message is clear, this is out of the Mayfield’s hands. And now Browns fans need to rally behind the team and get hyped either way because they’re fighting for a spot in the playoffs.